Qatar to Fine QR 250,000 for selling, reselling or exchanging Tickets without FIFA Authorization According to a tweet from the Ministry of Justice, anyone who sells, resells, or exchanges world cup match tickets without authorization from FIFA would be subject to a punishment of no more than QR 250,000.

Under no circumstances, including any use or attempted use of tickets for advertising, promotions, incentive programs, sweepstakes, contests, giveaways, raffles, or as part of the hotel, flight, hospitality, or travel packages, may the offer for sale, sell, offer at auctions, give away, attempt to transfer, or engage a third party to facilitate or solicit offers for the transfer of tickets, whether physically or online, read a statement on the website.

Illegally transferred tickets are no longer valid and may be canceled at any time without prior warning. The Ticket Terms of Use prohibit the actual or attempted transfer of any tickets, which is punishable by civil and criminal fines and penalties. The official FIFA Resale Platform is where fans who are unable to attend a game can put all of their tickets for resale, according to the website. 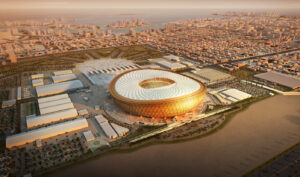 Regarding the transfer of guest tickets, they noted that a ticket applicant is only permitted to assign tickets to guests either free of charge or for a cost not greater than the face value of the ticket. According to the Ticket Terms of Use, guests are not permitted to transfer tickets in any form. If a guest is no longer able to use a ticket, it must be given back to the applicant. Reassigning a ticket to a different visitor is only allowed by the first ticket applicant.

As long as there are still concerns about Covid-19, ticket sales for the Qatar World Cup were started in January 2022 at a discount, with locals and migrant workers able to attend matches for just $11. FIFA, the organization that oversees football, has launched a raffle that allows foreign fans to purchase individual match tickets for as little as $69, which is around one-third less than at Russia 2018, although a ticket for the tournament final may cost as much as $1,607. Tickets will be available to Qataris for as little as $11, including migrant workers whose treatment has been a point of contention for the organizers. 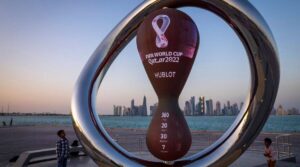 From November 21 to December 18, 2022, Qatar will host the World Cup. The first game will take place at Lusail Stadium on November 21, and the championship game will follow on December 18 – Qatar’s national holiday. The tournament will be the first time the largest event in football is held in the Middle East, and 32 teams, including the hosts Qatar, have qualified.