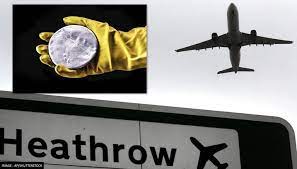 Islamabad has refuted claims made in the British media that a uranium cargo that arrived at Heathrow airport in London in December was sent from Pakistan.

The assertion was made in tabloid newspapers like The Sun and the Guardian as well as by channel Sky News. “No formal information to that effect has been provided to us”, said  Mumtaz Zahra Baloch, a spokesman for the Pakistani Ministry of Foreign Affairs. She told Al Jazeera on Thursday, “We are certain that the reports are not true.”

After the uranium-tainted metal was discovered at London’s Heathrow Airport last month, police launched an investigation.

In response to the security warning that was raised on December 29, officers from the Metropolitan Police’s Counter Terrorism Command were dispatched.

The Sun, which broke the news initially, said that Pakistan provided the uranium. According to reports given to the BBC, one avenue of investigation is whether it was the result of “bad handling” nationwide. According to police, there was no public threat. According to a source, it was discovered in a consignment of scrap metal. A representative for the Pakistani foreign ministry told BBC News that the stories were “not factual” and that Pakistan had not been officially informed of anything to that effect. 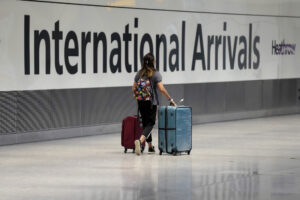 An assurance that “people are watching out for this 24 hours a day” was given by a former leader of the UK defense forces who said that “a very small sample” had been discovered. In response to the incident, Colonel Hamish De Bretton-Gordon stated that “the public need not be alarmed.”

He did admit, though, that given recent nuclear threats, he could see why the public was alarmed, as he told BBC Radio 4’s Today program. A highly enriched form of uranium, he claimed, could be used to make nuclear bombs as well as nuclear fuel for power plants. Specialist scanners at Heathrow found the material when it was being transported to a freight shed owned by Swissport, according to the Sun. This caused alarms to go off at Heathrow.

It’s unclear where the package is supposed to go. There have been no arrests. The Metropolitan Police confirmed that Border Force colleagues at Heathrow notified police from the Met’s Counter Terrorism Command after discovering a very small amount of tainted material during the regular screening of a box arriving in the UK.

Although our investigation is still ongoing, given what we have learned so far, it does not seem to be connected to any immediate threat, Commander Richard Smith of the force’s counter-terrorism team separately told the BBC. However, as the general public would anticipate, we will continue to look into every avenue of inquiry to make sure this is the case.