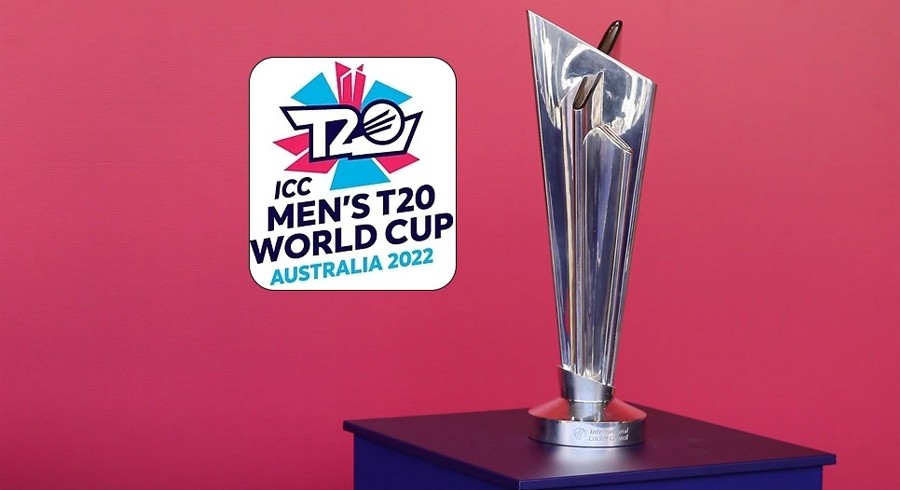 The prize money for the ICC Men’s T20 World Cup 2022 has been made public, and the winning team will take home a staggering $US 1.6 million.

The ICC Men’s T20 World Cup 2022 in Melbourne on November 13 will provide $1.6 million in prize money to the winning team, with a guarantee of $500,000 going to the second-place team. The $5.6 million overall prize fund will be divided among the losing semi-finalists in the 16-team competition, which lasts for more than a month. Eight teams who withdraw from the Super 12 will get each $70,000. Similar to the previous year, the ICC Men’s T20 World Cup 2021 will award $40,000 for each of the 30 victories in the Super 12. 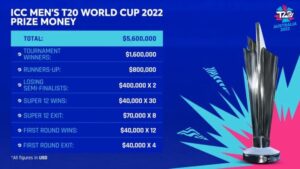 The eight teams who advanced directly to the Super 12 stage are Afghanistan, Australia, Bangladesh, England, India, New Zealand, Pakistan, and South Africa. The remaining eight teams—Namibia, Sri Lanka, the Netherlands, the United Arab Emirates, and Zimbabwe in Group B—are divided into two groups of four and will compete in the opening round. For a total of $480,000 over the 12 matches, the first-round winners will each receive $40,000 in prize money. Each of the first-round losers, the four groups, will receive $40,000 each.

All 16 countries have submitted their rosters for the eagerly awaited ICC Men’s T20 World Cup 2022, which will begin in Australia next month. Teams will look to experiment, fine-tune their combinations, and make necessary adjustments to personnel as there are several T20Is scheduled before the event begins on October 16. All teams have until October 9 to make changes to their squads; beyond that date, any changes must be approved by the International Cricket Council (ICC).