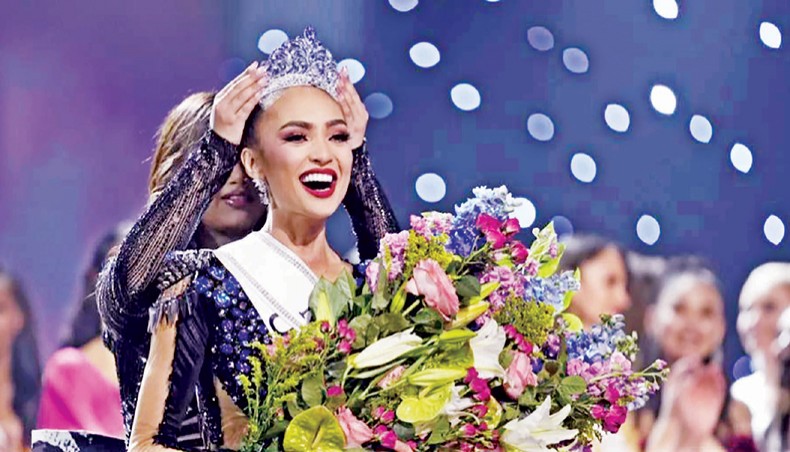 According to Fox News, the first Filipino-American woman to win Miss USA at the international competition in New Orleans on Saturday night took home the crown at the 71st Miss Universe Pageant.

The winner out of 83 competitors was R’Bonney Gabriel, a Texas-based fashion designer, model, and sewing instructor. As soon as the victory was declared, she reportedly closed her eyes and embraced Miss Venezuela Amanda Dudamel. Once her name was called, she immediately burst into a smile. She received a bouquet and was swaddled in the winner’s sash as the party’s music played. The Miss Universe tiara was placed on her onstage to cap it all off. Gabriel was asked how, if she were to win, she would work to demonstrate that Miss Universe is “an exciting and progressive organization” during the final phase of the competition when the three finalists took part in a Q&A session. 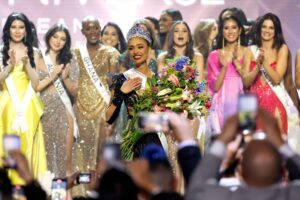 She spoke, “I would use it as a transformational leader. She continued, highlighting the fact that she employs recycled materials in her fashion designs and teaches domestic violence and human trafficking survivors how to sew “It’s important to invest in people and our community, as well as to use your unique ability to change the world. In her final statement, Gabriel said, “We all have something special, and when we sow those seeds to other people in our lives, we alter them and use that as a vehicle for change. The Miss Universe Organization has already suspended the Miss USA pageant, Miss Brand Corp, when charges of cheating in the competition surfaced. The winner would be predetermined in October 2022, according to certain claims. 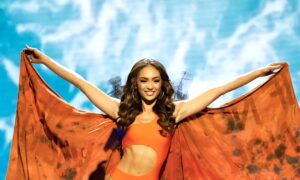 The title of Miss USA was given on October 3 to Miss Texas R’Bonney Gabriel. Contestants started to gripe about her “pre-selection” as the next titleholder soon after she won, according to the story. Harnaaz Sandhu, Miss Universe 2021, entered the Miss Universe stage for the final time while fighting back her tears.

She has gained weight since winning the title. She also discussed the ongoing criticism she received on social media in August of last year. The Indian-born beauty queen claimed that she was ridiculed for putting on weight. She found it quite unsettling and unexpected to see how individuals began to voice their ideas, which shouldn’t matter. It doesn’t matter how you appear; what matters is who you are on the inside, how you treat other people, and what you stand for.”