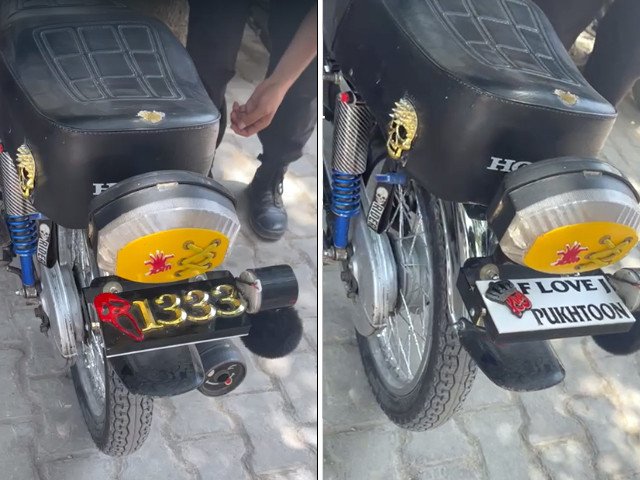 Criminals in Peshawar are increasingly using an electronic device to quickly exchange number plates as a novel strategy to elude the police.

The group, known as the “Spiderman Group,” utilizes the system to elude law enforcement agents because it lacks a legitimate license plate or, worse because it has committed a crime.

The information was revealed after the police arrested a person using the mentioned license plate in the Gulbahar neighborhood and charged him with multiple offences. The organization gained attention after similar instances in Punjab including Kohati Gate, Sheikh Abad, Kakshal, and Gulbahar.

Some higher-end phones are now worth well over Rs300, 000 thanks to the leap in the dollar exchange rate, and with inflation and unemployment forecast to grow, there will likely be a sharp increase in street crime. Cell phones will therefore be the items that organized street criminal organizations most frequently seek. 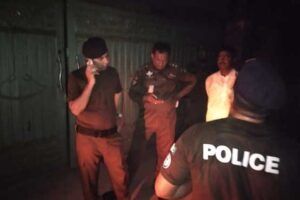 Although there is little information on real mobile snatchings in Peshawar, police sources indicate that since the year’s beginning, the city’s police have detained about 22 gangs and recovered about 175 cell phones.

Despite the meagre numbers compared to Peshawar’s population of over 2 million, locals have begun to worry that a wave of mobile snatching on the scale of Karachi is about to hit the city.

The two women were turned over to the local police following the second incident in March 2022 in which six cellphones were found on the detained women.

Invalid vehicle number plate in Lahore may lead you to prison

BRT Peshawar, according to the spokesman, has an integrated monitoring system. A few of these men and women have been apprehended by the BRT security crew and turned over to the police.

Muhammad Waseem, the spokesman, added that all pickpockets are being targeted by strong action and operation.

In a similar occurrence in 2021, police detained a gang that was producing phoney thumbprints and fingerprints during a search and arrest operation. The criminals obtained mobile SIM cards using phoney fingerprints, which they also used to create fake rubber thumbprints. To deal with anonymous bank accounts, they created phony fingerprints.