The Civil Aviation Authority (CAA) has requested that the Rawalpindi Commissioner and Regional Police Officer impose a ban on flying drones and laser lights in the airport’s funnel area and surrounding areas by enforcing Section 144 in response to incidents involving drone flights and laser beams on planes landing in and around the funnel zone of the New Islamabad International Airport.

To maintain the safety of passenger planes and air traffic, the CAA has ordered that patrols and combing operations be enhanced, lawbreakers should be found, and stern action should be taken against them. This is because the CAA is concerned about drone flights in sensitive locations.

When he was in the landing position for the UN jet coming from Kabul to Islamabad, the pilot noticed a drone in the sky and reported it. The Rawalpindi RPO Nasir Mahmood Satti and CPO Shahzad Nadeem Bukhari nominated DSP-level officials as the focal points at the regional and district levels after realizing the gravity of the situation. However, recently, the presence of drones in the sky has raised concerns. According to sources, earlier incidents of laser beams frequently happened in the area around the New Islamabad International Airport, especially the funnel zone, where the planes are closer to the ground due to the landing and takeoff positions. 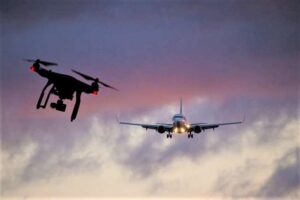 The CAA Chief Operating Officer, Aftab Gilani, reportedly wrote a letter to Commissioner Saqib Manan and RPO Nasir Mahmood Satti about the incidents involving laser lights and drones. In the letter, Aftab Gilani reportedly stated that the incidents involving laser lights and drones during flight operations were extremely risky for flight safety. Before landing and after takeoff, laser lights “may be exceedingly damaging to the pilot’s vision and concentrate on the flight,” the document warned. “Similarly, the presence of drones in the air is not only dangerous for planes, but it can also result in dangerous accidents in the event of a collision, and if the drones are outfitted with surveillance equipment or any other type of explosive device, it is extremely risky for the security of air traffic,” it was added.

When reports of events involving laser beams emerge, the CAA and the airport administration in Islamabad are supposed to pay close attention to alerting the police and organizations involved in security. They continued, “At present, the presence of drones in the air has also been observed in the same regions during the landing places of the planes. The most recent incident was reportedly reported on January 16 while the United Nations plane was landing at the airport in Islamabad, according to reports. According to reports, the UN B-190 was traveling at a height of 3700 feet on January 16 around 0230 hours as it made its way from Kabul to the airport in Islamabad. 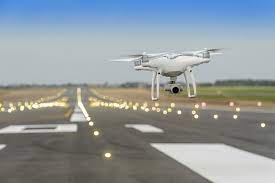 When the aircraft was 8.2 nautical miles from runway 28L, a drone was spotted flying at a height of about 3400 feet in the airspace of Phase V-III of a private housing society near GT Road in Swan. Even though these occurrences occurred outside the airport’s boundaries, they were nonetheless near the funnel zone.

The district and civil administration police must thus pay close attention to the problem, according to the statement. The letter goes on to stress that to avoid situations like this and to guarantee the safety of aircraft and air traffic, patrolling and searching operations in the mentioned regions should be strengthened. Such elements should also be dealt with harshly.

Now drones would be delivering food to you in Islamabad

It has been reported that the commissioner of Rawalpindi has instructed the deputy commissioners of Rawalpindi and Attock to take urgent action by working with the airport officials in light of the warnings and suggestions from the CAA. The focal personnel has been instructed by the Rawalpindi RPO and the CPO to continue working in conjunction with the airport management to expand police patrol and combing operations in the airport’s funnel zone and nearby regions.