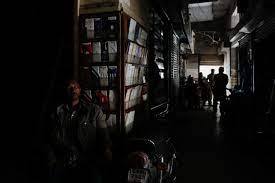 Power has been completely restored at grid stations all over Pakistan, according to Energy Minister Khurram Dastgir on Tuesday, a day after a severe breakdown there.

However, power was still unavailable in other important cities, including Karachi, Quetta, and Lahore. According to Dastgir’s tweet, power has been restored at all 1,112 stations of the national grid.

The minister clarified that Tarbela and Mangla power stations had a “delay in synchronization” in a speech broadcast on television at 10 a.m. But they were able to resolve the technical issue with the help of the Power Division, Wapda, and other departments, and as a result, power was restored to systems across the nation. The system was fully operational nationwide as of this morning at 5:15, according to Dastgir. The minister did note that there will be a lack of electricity for the following two days. 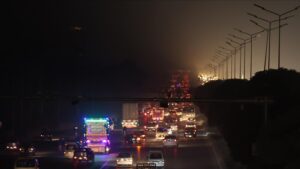 He added that it will take roughly 48 to 72 hours to restart 3,500MW of nuclear power facilities and 6,600MW of coal power plants. There will be only minimal load management, barring industrial users, until these plants are up and running.

Dastgir added that there was no lack of fuel in the nation. We make an effort to avoid using energy-intensive power plants when it is not necessary to do so, and we are aware of how much people must pay for electricity. According to the minister, the government assumed “foreign influence, such as hacking of systems,” had taken place during the failure inquiry. However, the likelihood is very low. We must rule this out since there have been previous cases, the speaker continued. Dastgir added that the PTI administration was to blame for the electrical outage since it neglected to invest in modernizing the infrastructure. In contrast to the government’s assurances, a few regions of the nation were still without electricity as of Tuesday morning.

He posted a message on Twitter saying, “On behalf of my government, I would like to express my deepest sympathies for the inconvenience our residents faced due to the power outage yesterday. An investigation to ascertain the causes of the power outage is under process, per my directions. We’ll establish responsibility.

On behalf of my government, I would like to express my sincere regrets for the inconvenience our citizens suffered due to power outage yesterday. On my orders an inquiry is underway to determine reasons of the power failure. Responsibility will be fixed.

Shahid Sattar, secretary general of the All Pakistan Textile Mills Association, projected losses to the industry, which is Pakistan’s largest exporter and a key contributor to the nation’s foreign exchange reserves, at $70 million. Gas supplies were too “patchy” to stand in, he claimed, forcing about 90% of factories to close on Monday.

It takes a lot of time and energy to restart the mill each time there is a power loss, he told AFP. “We are unable to continue where we left off. All of the thread that is currently being colored, treated, etc. cannot be used once more. As a result, we will suffer enormous losses.

The power outage adds to the strain on small enterprises already put on the economy by widespread inflation, the depreciating value of the rupee, and critically low foreign exchange reserves.