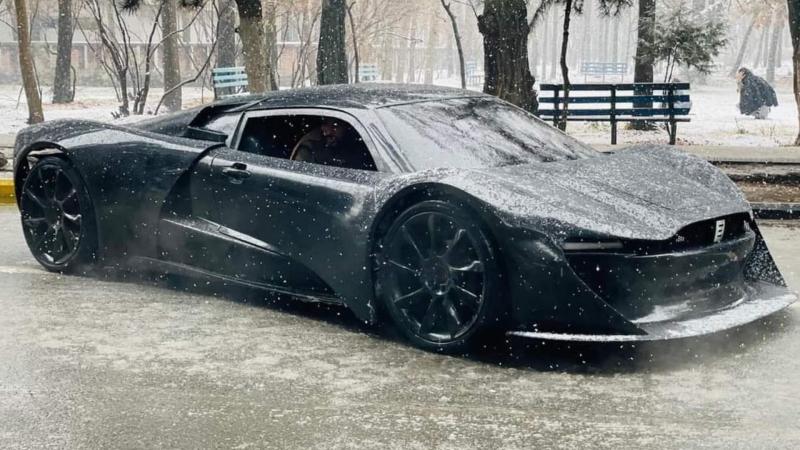 The first supercar ever created and manufactured in Afghanistan has been showcased by the Taliban.

The five-year design and development process for the sporty-looking Mada 9 prototype sports car was overseen by 30 engineers from the manufacturer ENTOP and Kabul’s Afghanistan Technical Vocational Institute (ATVI).

We don’t yet know how it will perform on the road because practically all of the video that has been shared on social media shows the car stationary and ENTOP hasn’t provided any performance information at all. Given that the Mada 9 team claims their engine is that of a very underwhelming Toyota Corolla hatchback, it is unlikely to compete with brands like Bugatti and McLaren. Zabihullah Mujahid, a spokesman for the Taliban, proudly shared pictures of the car on social media and said that the nation as a whole was “honored” by its construction.

He expressed gratitude on Twitter, writing, “I would like to congratulate the Department of Vocational Education, under their cover, the country has been supplied with valuable services.” One clip suggested the Mada 9 is at least one step ahead of most other prototype cars, as it showed the coupe gliding easily down a snowy road with a pleasingly throaty rumbling coming from its exhaust, much to the pleasure of anxious onlookers. Although the Toyota Corolla engine has been changed so that “if you increase the speed, it’s powerful enough to take it,” the Head of ATVI Ghulam Haidar Shahamat revealed ENTOP aims to put an electric powertrain in the Mada 9 at a later time. 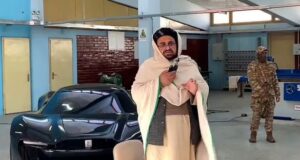 At the car’s debut at ENTOP headquarters, Taliban Higher Education Minister Abdul Baqi Haqqani passionately defended Afghanistan’s scientific traditions and asserted that the vehicle was evidence of the government’s dedication to advancing “religious and modern sciences for its people.” As for improving Afghanistan’s reputation abroad, ENTOP CEO Mohammad Riza Ahmadi told TOLO News that he believed the supercar would “communicate the value of knowledge to the people.”

He informed TOLO News reporters that “it will begin its journey in Afghanistan and may one day go globally.” I thank God very much that I was able to complete the construction of Afghanistan’s first car, Ahmadi wrote in a tweet on New Year’s Eve. 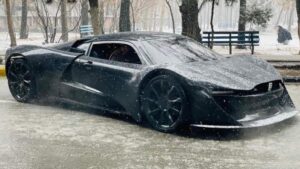 “I would want to thank the wonderful people of Afghanistan and the great national businessmen who stood by my side during this time,” he said. The prototype will soon be finished, according to TOLO News, which also stated that “efforts are underway to present the car at international exhibits.” The supercar’s arrival in Afghanistan was favorably received, and many people immediately posted images of it to social media, praising it as proof of the nation’s technological superiority.

Many more people, however, brought up the fact that the supercar was unveiled while Afghanistan was dealing with one of the greatest humanitarian crises in history and that the Taliban had taken away the country’s women’s right to education and employment.