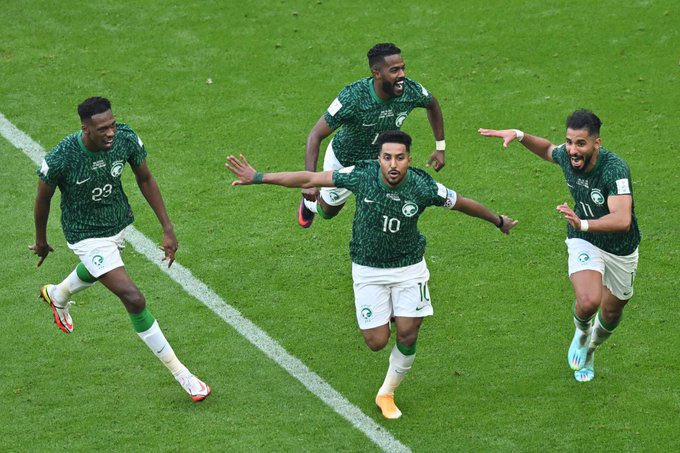 Wednesday had been declared a national holiday in Saudi Arabia as the country’s historic 2-1 World Cup victory over Argentina was celebrated as a coming-of-age event on the Jeddah Corniche on the Red Sea, in the center of Riyadh, and cities and villages throughout the nation.

The stunning success of the national football team is being hailed as a triumph on the field as well as a watershed event on a global stage where a regional power has long sought a position in the spotlight. On Tuesday afternoon and evening, it was all that mattered to Saudi leaders and the supporters who circled public squares in convoys of cars waving the country’s green flag and heralding a new era of international football. The outsiders against an Argentine team on a 36-match winning streak undoubtedly delivered that.

The administration declared a public holiday on Tuesday evening for all state employees, as well as the private sector, and male and female students in all educational stages. They are overjoyed with the outcome. According to Ghassan Alwan, 42, marketing director at the Saudi Ministry of Housing, it was an excellent match from our falcons. Their trust in the guys was well-placed. Tonight, history was written. Another sports editor, Abdulrahman Abed, added, Incredible, gigantic, incredible, fantastic. All of you deserve congratulations. To every Saudi, this is very important. This will greatly benefit every Arabic World Cup team. 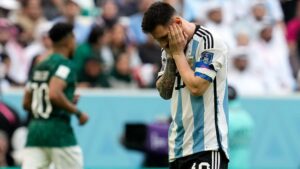 Happiness spread to Crown Prince Mohammed bin Salman’s close circle, as seen in images of him hugging his brothers after the final whistle, as well as to sports cafes and public parks all around the nation. Universities granted students the day off so they could watch the game. Streets throughout the city were nearly deserted. Women joined men at numerous cafés and restaurants to celebrate the most improbable of victories, which was a novel phenomenon in the desert kingdom. Many sports enthusiasts insisted that they too wanted to compete internationally and enter their national teams into the mix, and Saudis have long bristled at the idea that their love of sports and desire to host international events amounted to image washing. 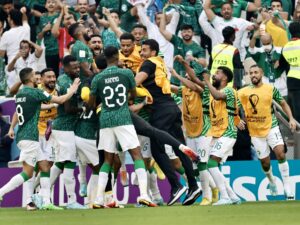 Prince Mohammed advised the national team to “be calm, play your game, and do your thing” before the game. However, few thought that this was just another game. This was a time of nation-building, an opportunity to change the political tide in a nation pummeled by criticism over human rights and geopolitical positions.

When the final horn sounded in Qatar, which is located about 14,000 kilometers away, Argentina was in shock and misery. Olé, an Argentine football publication, bemoaned what it referred to as “a worldwide blow.”