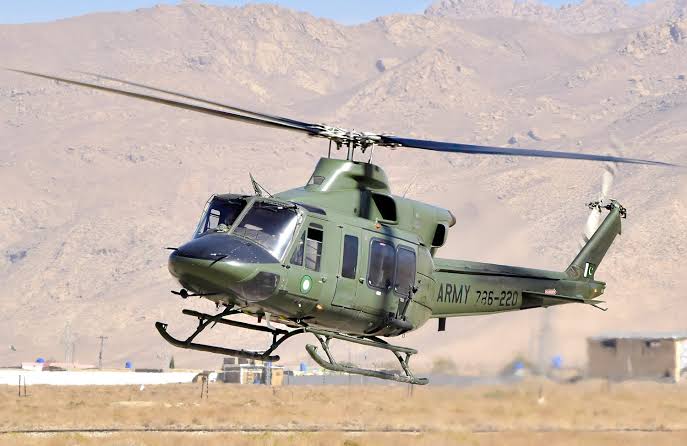 The Inter-Services Public Relations (ISPR) verified the disappearance of a Pakistan Army aviation chopper on Monday when it was traveling from Quetta to Karachi.

The military’s media wing explained on Twitter that the aviation helicopter had lost communication with air traffic control (ATC) while performing a flood relief operation in Lasbela, Balochistan.

The tweet stated that there were six people on board, including Commander 12 Corps who was overseeing flood relief efforts in Balochistan and that a search operation is in progress. Corp Commander Quetta Lieutenant General Sarfaraz Ali, who was overseeing the flood relief efforts in the province, was also on board, according to information made accessible to Geo News.

The severe rains that have devastated the province and killed 147 people are currently keeping the civil administration and the Pakistan Army busy with relief efforts. According to information provided by Geo News, Major Syed was the helicopter’s pilot and Major Talha served as his co-pilot. Brigadier Amjad, Director-General of the Coast Guards, Brigadier Khalid, and chief naik Mudassir were also present. 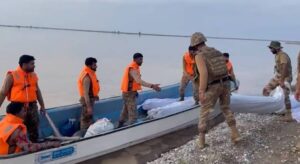 After the event, the district administration reported that a helicopter had crashed near the Windar area’s Sassi Punnu Shrine, although the ISPR has not yet confirmed whether it was the same aircraft. The chopper was reportedly seen flying low before it vanished, according to locals. The incident reportedly occurred just before sundown, according to reports at the time of Maghrib prayers.

The chopper is being sought after by the local police teams, according to deputy inspector general Quetta. There are mountain ranges in the vicinity, which is making the search effort challenging. He added that police teams are attempting to search the helicopter on motorcycles despite the difficulties brought on by the terrain. For the past five hours, police and the Frontier Corps have been working together to rescue people. Prime Minister Shehbaz Sharif tweeted his concern on the disappearance of the aircraft that alarmingly, an Army Aviation helicopter has vanished from Balochistan. The entire country prays to Allah Almighty for the well-being of these countrymen who came out to assist the flood victims as well as their safety, security, and return. Insha Allah.

Thoughts and Prayers with our Brave soldiers

Another twitter user @RealWaqarMaliks tweeted May Allah protect them all; simply thinking about it hurts my heart.

May Allah keep them all safe it is heart-wrenching just thinking about it!!

Twitter user @RizwanGondal tweeted that outstanding commander. Yet to come across a match for him. May Allah protect him. Ameen.

Great Commander. Yet to find someone to match him May Allah be his Protector. Ameen.