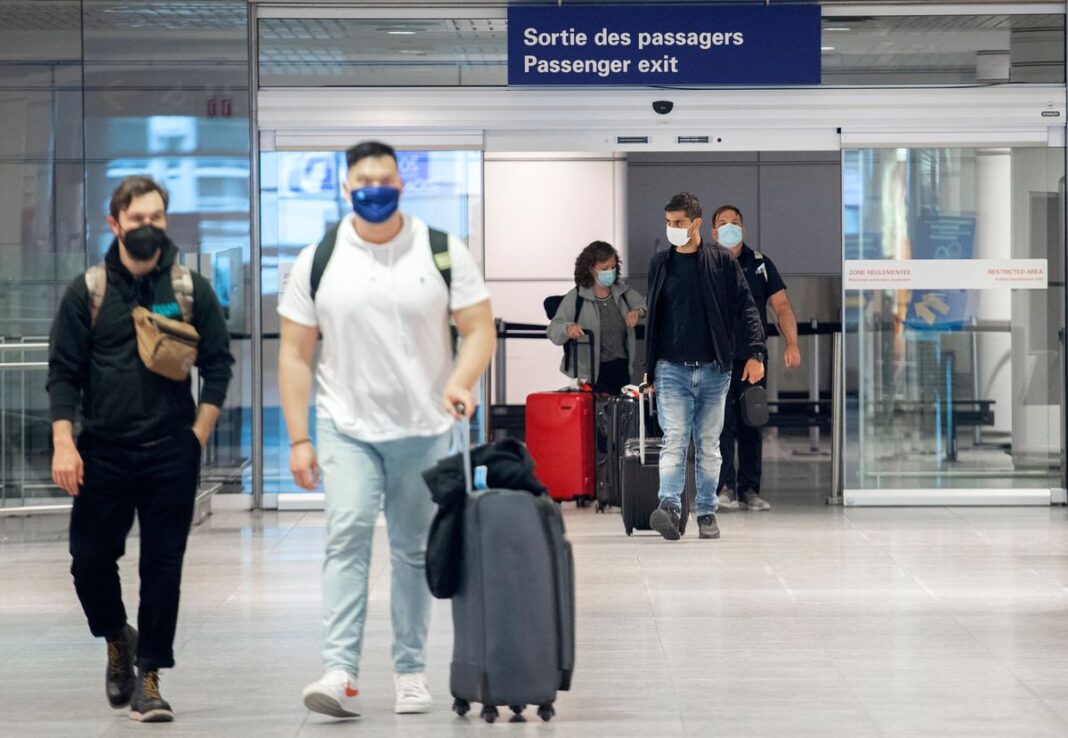 The removal of all remaining coronavirus entrance restrictions, including testing and quarantine requirements, was announced by Canada on Monday and will take effect on October 1st.

This will put an end to some of the strictest and longest regulations in the world. Regardless of citizenship, travelers will no longer be required to provide public health information, vaccination documentation, coronavirus test results before to or upon arrival, or submit to arbitrary P.C.R. testing, according to the Public Health Agency of Canada. The nation will also no longer force passengers to wear masks on trains and airplanes.

The health minister, Jean-Yves Duclos, said in a statement that they have reached the point where they can safely relax the sanitary precautions at the border thanks in large part to Canadians who have pulled up their sleeves to get immunized. With 84 percent of its people fully immunized against the virus and nearly 50 percent having received a booster, Canada has one of the highest Covid-19 vaccination rates in the world. Comparatively, just 68 percent of people in the US have had all recommended vaccinations, and only 33 percent have received a booster. Border controls “were always designed to be temporary,” the Canadian minister of transportation Omar Alghabra said in the same statement, adding that they are making modifications depending on the present situation because that’s what Canadians want. The choice was made after the United States, Canada, and Mexico opted to restrict their borders two and a half years before slowing the fast spread of Covid. Temporary border crossing restrictions between the United States and Canada were prolonged as the virus continued to terrorize the globe until August 9, 2021, when Canada opened its doors to fully immunized Americans. Then, Canada became more welcoming to travelers with international vaccinations.

The Canadian Conservative Party reacted negatively to Prime Minister Justin Trudeau’s decision to mandate vaccination for federal employees, including members of the armed forces and the Royal Canadian Mounted Police, as well as for passengers on trains and planes. As part of protests that started as a march against vaccine mandates, a sizable contingent of truckers stopped Ottawa’s downtown for weeks in February of this year. By April of this year, Canada had removed the demand that fully immunized visitors provide documentation of a recent coronavirus test that was negative to enter the country as infections started to decline and vaccination rates remained high. However, upon arrival at airports, random selections of air travelers were still required to take a P.C.R. test. 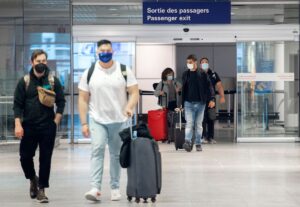 While currently battling the most recent Omicron sub-variant, Canada approved the first Moderna Omicron-adapted vaccine for adults earlier this month. In his statement, Mr. Duclos stated that the government anticipates that Covid-19 and other respiratory viruses “will continue to circulate over the cold months” and urged Canadians and visitors to “exercise individual public health measures” and keep up with their Covid-19 immunizations and boosters.

All international visitors to the United States, including those from Canada, must still be properly immunized and present proof of vaccination. Representative Brian Higgins, a Democrat from New York whose district includes Buffalo and Niagara Falls, urged the US to imitate Canada’s example. He stated in a statement that the two countries border restrictions had been in place for “two and a half long years.”

The additional restrictions have prevented border villages from experiencing a complete economic rebound and have torn families apart. Restrictions need to cease soon. The choice made by Canada is the right one. The United States should comply right away.