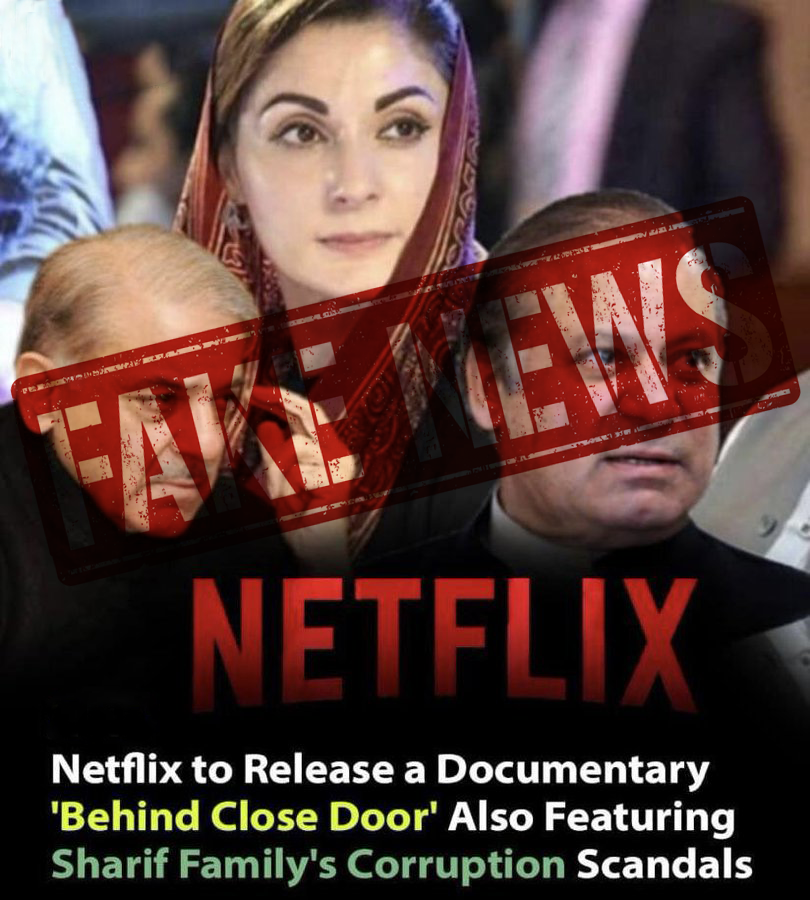 An impending documentary about the alleged corruption of Pakistan’s former Prime Minister Nawaz Sharif and his family, according to politicians and numerous social media users, is rumored to be coming to Netflix and Amazon Prime.

The director has not made any such declaration. On Monday, a new documentary called Behind Closed Doors posted its teaser on social media. Insisting that the documentary about Pakistan Muslim League-N leader Nawaz Sharif and his family’s alleged “corruption” be broadcast on the US-based streaming site, Netflix, it was shared by several social media accounts, including politicians and parliamentarians. The teaser has received over 258,000 views since it was published on social media.

Imran Khan, a former prime minister, and several investigative journalists, including Tom Stocks and John-Allan Namu, are among those featured in the trailer. A member of the Pakistan Tehreek-e-Insaf (PTI), Muhammad Basharat Raja, a provincial minister in Punjab, tweeted the teaser with the comment, A proud moment for the House of Sharifs! The Sharif Family’s involvement in corruption is covered in the Netflix documentary “Behind Close Door,” which he linked to in the same tweet along with an image. An additional PTI provincial minister tweeted that the film against corruption was coming soon to Netflix and Amazon Prime. Independent POV, a production company, created the movie. According to its website, Independent POV creates documentaries that examine the issues of secrecy and abuse of power. Five documentaries have so far been made by it, some of which was self-funded. According to the company’s website, its most recent project, Behind Closed Doors, is a film about corruption in high places and those who enable it. Politically Exposed Persons (PEPs) are people who hold public office and as a result, present higher risks of being involved in bribery or corruption. As soon as their careers begin to falter, they buy property, sue critics, and move to London. The movie’s director and producer are Michael Oswald and Murtaza Mehdi respectively.

According to the IMDb website, Oswald works as a writer, editor, and filmmaker and lives in the UK. Geo Fact Check was unable to find any information about Murtaza Mehdi’s earlier efforts, though. On the Behind Closed Doors website, there is no information regarding the distributor of the documentary. Furthermore, there is no sign that the documentary will be offered to Netflix or other streaming services. In response to a question about whether the documentary would air on Netflix or Amazon Prime, Michael Oswald wrote in an email that neither the release date nor the platform had been officially announced by the producers. When asked once more if there were any future intentions to make it available on Netflix, Oswald said that they will rely on their current discussions with agents, so he cannot comment on that either way. 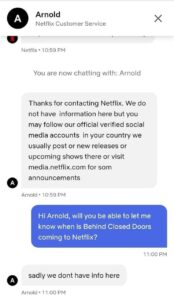 Netflix was also contacted by Geo Fact Check. According to a customer service agent for the streaming service, all of Netflix’s new releases, including its shows, films, and documentaries, are advertised on its website. The website lists every Netflix release scheduled up until January 2023. There is no listing for Behind Closed Doors. Additionally, the documentary is not listed as a forthcoming release on the Prime Video by Amazon Studios website. Behind Closed Doors was self-funded and crowd-funded through Patreon and GoFundMe, according to filmmaker Oswald, who also disclosed this information to Geo Fact Check. Oswald set a target of £5,000 on GoFundMe and has so far received £137 as of October 18.