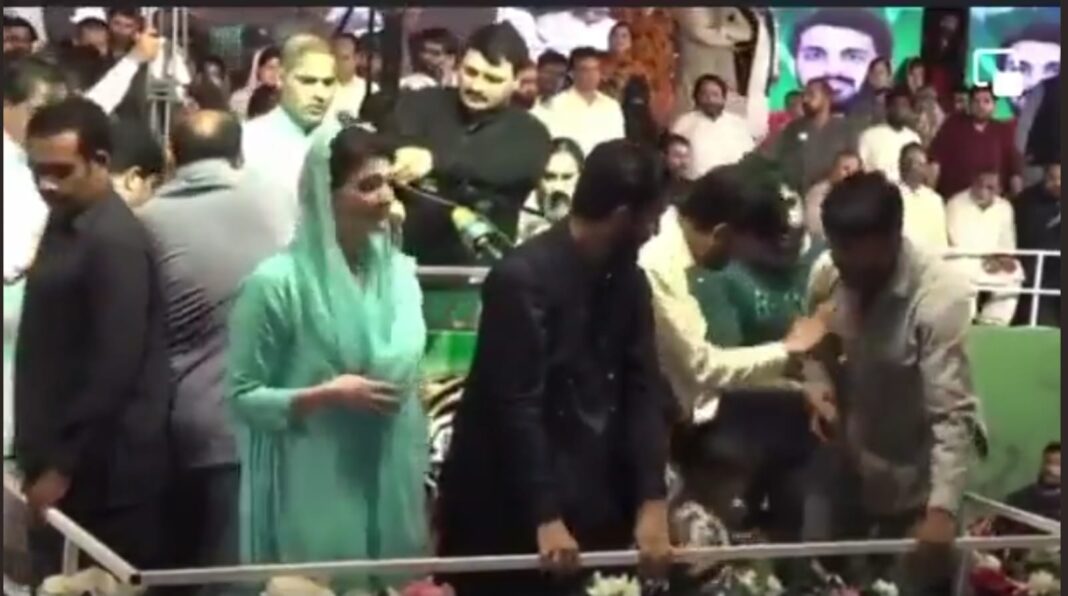 It was an awkward situation when the security staff of Maryam Nawaz asked their Multan candidate Salman Naeem’s father to leave the stage just seconds after his speech. When Salman was asked to leave by Maryam he ignored.

Salman Naeem, the PTI MP who switched parties, is running for office on the PML-N list, it should be reminded. Recall that tomorrow will see a battle of by-elections in 20 constituencies in Punjab, with over 45,000,000 voters from fourteen districts casting ballots. Twenty seats in the by-elections were vacated as a result of PTI members defecting, it should be mentioned. 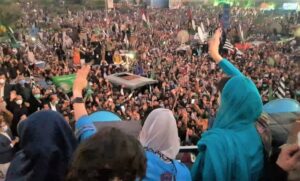 As many as 216,996 voters, including 115,158 men and 101,838 women, will participate in the by-elections for PP-217 (Multan) on July 17. (Sunday). To let people exercise their right to vote in favor of the candidates of their choice, the Election Commission established 124 polling places. Salman Naeem, a candidate for the Pakistan Muslim League-Nawaz (PML-N), and Makhdoom Zain Hussain Qureshi, a candidate for the Pakistan Tehreek-e-Insaf (PTI), are expected to compete fiercely.

The PML-N candidate for the by-election in the PP-217, Multan-VII, and provincial assembly constituency was accused of trying to buy votes, according to allegations on social media. District Monitoring Officer Haider Riaz gave an assistant commissioner the task of looking into allegations that PML-N candidate Salman Naeem was buying votes by offering one motorcycle for every 20 casts, and he also gave similar instructions to the other members of the monitoring team. 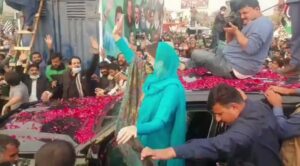 In a letter to the assistant commissioner and the monitoring officer for PP-217, DMO Riaz stated that it had come to the knowledge of the undersigned through social media that contending candidate Mr. Salman Naeem was engaged in corrupt practices in the constituency PP-217, Multan-VII. He cited online reports that said by promising a motorcycle in exchange for 20 votes on social media, Mr. Naeem was trying to gain support. It should be highlighted that such a practice is considered corrupt, and he continued that immediate investigation on the matter is essential.