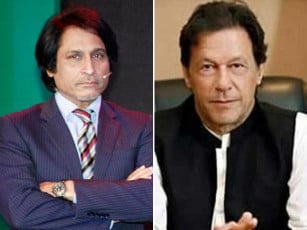 The opposition Pakistan Tehreek-e-Insaf (PTI) has promised that its protest actions won’t affect the game as an anxious England squad travels to Pakistan for a three-test match series.

The PTI, a group led by former Pakistani national team captain and World Cup champion Imran Khan, has scheduled a protest for November 26 in Faizabad, a neighborhood that is close to both the federal capital and the Rawalpindi Cricket Stadium. This raised concerns about security for the English cricket team, prompting British High Commissioner Christian Turner and Ramiz Raja, Imran’s former teammate and the chairman of the Pakistan Cricket Board (PCB), to visit Imran.

The movement of the English squad may be affected by Imran’s protest, which typically attracts sizable crowds or at least blocks several main thoroughfares. The Rawalpindi cricket stadium will host England’s opening match against Pakistan from December 1 to December 5. The second game will take place at the Multan Cricket Stadium from December 9 to December 13. The third and final test match will take place at Karachi’s National Stadium from December 17–21. Even though the first test match is not scheduled to start until December 1, the English team is anticipated to conduct a few practices before the match at the stadium. Therefore, any prolonged protest could thwart their plans. 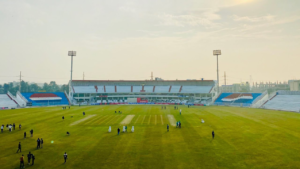 Turner was reassured by Imran that the party’s protest would not have an impact on the game. He committed to leading his group to make sure that no problems arise and that the match’s schedule is not disrupted. Since the end of October, Imran has been spearheading a protracted march against the government. It began on October 28 in Lahore but was interrupted by an attempt on Imran Khan’s life on November 3 in Wazirabad.

Imran managed to live, although he claimed he was hit by numerous bullets and bullet fragments, one of which broke his tibia. The march came to an end on Saturday in Rawat with the declaration that a significant demonstration would take place in Faizabad on November 26. When Ramiz Raja first arrived, he inquired about Imran.