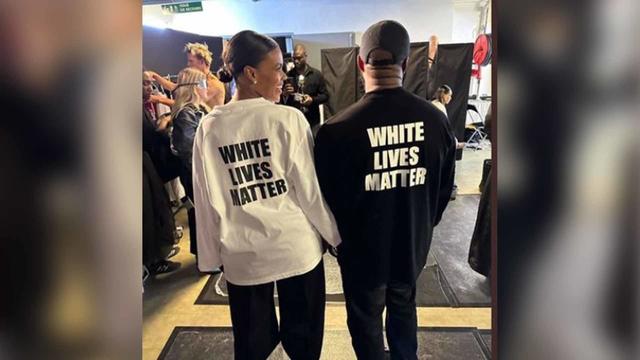 On the Paris Fashion Week runway on Monday, Kanye West unveiled his most recent line of clothing while sporting a T-shirt bearing the message “White Lives Matter.”

Alongside infamous racist Candace Owens, West’s most recent scandal appears to be another attempt to revive the artist’s waning notoriety. The artist was accused of copying the slogan “Black Lives Matter,” which tries to highlight racism, discrimination, and racial inequality faced by black people. His actions soon sparked public controversy. In an Instagram story that he swiftly deleted, Kayne West replied to criticism for sporting a “White Lives Matter” shirt by saying, “everyone knows that Black Lives Matter was a fraud, now it’s over, you’re welcome.”

However, his remark quickly prompted significant criticism on social media. The American rapper’s statement sparked outrage on Twitter from individuals who called it “insensitive” and “disgusting,” claiming it disregarded a social movement. The T-shirts Kanye planned, made, and published with the world are pure violence, said Gabriella Karefa-Johnson, a contributing editor at Vogue, on Instagram. She continued, “There is no explanation, there is no art here.” Some social media users were outraged by his remark, but others praised it. We need more rappers who are prepared to say the truth about the hatred being promoted towards white people in the west, wrote Australian-born American author and conservative political analyst Nick Adams in a tweet. While recalling his father’s reaction to him sporting the shirt at the Paris Fashion Week show, Kanye West addressed the continuing issue around his “White Lives Matter” fashion statement. The rapper defended his decision to wear the top during an interview on Fox News’s Tucker Carlson Tonight, which drew criticism from the fashion community. He just directs the energy and carries out certain actions in response to feelings. It just seems to fit. The Praise God vocalist remarked on the program that it was using gut instinct, a relationship with God, and utterly brilliant. 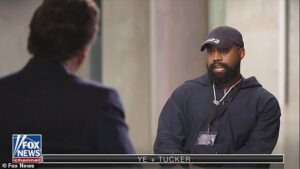 Ye continued by recalling his father Ray West’s response and saying, “My dad, an educated former Black Panther, texted me today and said, ‘White Lives Matter.’ He replied that he thought the shirt was humorous. He found the prospect of wearing it amusing. He then questioned, Dad, what makes you think it was funny? Just a Black man stating the obvious, his father stated. His favorite response was that one. Because people are searching for an explanation, and people often respond, well, as an artist you don’t have to explain, but as a leader you do. Therefore, the reason he wrote “White Lives Matter” on a shirt is that it is true. The obvious thing is that the rapper said. After wearing the now-controversial shirt during the fashion show, West faced harsh backlash from admirers and famous people, including Gigi Hadid and Vogue editor Gabriella Karefa-Johnson.