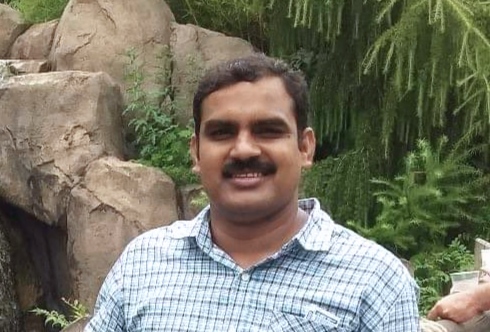 Shahid Aslam, a journalist for Bol News, was granted a two-day physical remand on Saturday by a local court in Islamabad.

The army chief and his family were charged with amassing assets worth Rs12.7 billion over the previous six years, according to a report published in November by the investigative news website FactFocus. The website identifies itself as a “digital media news organization with a base in Pakistan that specializes in data-based investigative news stories.”

To support its assertions regarding the alleged amassing of assets by the family both inside and outside Pakistan, the study cited tax returns and wealth statements of the Bajwa family. The report was taken note of by the finance minister, who stated that the disclosure “obviously violated the entire secrecy of tax information that the law provides.” Today, Aslam, who was detained for the data leak, was brought before the court. According to his attorney, there is no evidence that Aslam “got any [leaked] material and had then passed it on to someone else,” hence the arrest of his client is unlawful.

He urged the FIA to back up its assertions in court with evidence and added that none of the four sections in the FIR were legitimate and that his client could not be detained just based on suspicion. It’s important to note that Dawn.com was unable to obtain a copy of the FIR before the publication of this story. The attorney then asked the court to dismiss the charges brought against his client. In response, the prosecution said that Aslam’s laptop and mobile phone, which he wasn’t giving to investigators, had the evidence. He asserted that the journalist was “the facilitator” of the crime.

“What made Shahid Aslam come to the FBR? It was because he needed to gather information,” the prosecution said, adding that Aslam may receive a 10-year prison term if found guilty. Judge Umar Shabbir granted permission for the journalist to be physically detained for two days after hearing the arguments. They are asking me for passwords, Aslam is heard saying in a video of the journalist being led from the court. I will not divulge the credentials. Aslam continued, “I’m a professional journalist with a lot of sources.” He reiterated, “I won’t reveal the password.

"Over my dead body," says journalist @ShahidAslam87 after he refused to share his passwords with the FIA.pic.twitter.com/DQ1GRy7rje

The Lahore Press Club criticized the detention and urged the administration to grant Aslam immediate release in addition to providing legal protection for journalists. President Muhammad Azam Chaudhry, Senior Vice President Shadaab Riaz, and other LPC officeholders said in a statement that “journalists are mirrors of the society” and that they report on everyday events for the government and general public.

The statement went on to say that journalists frequently deal with criticism and harassment as a result of their work. Every journalist should conduct themselves with journalistic ethics because this is a sensitive job, it stated. When reporting on sensitive institutions and the people connected to them, journalists should use caution. 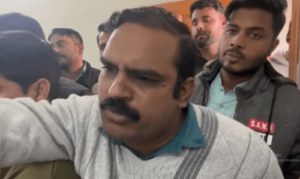 As terrorism was on the rise and the economy was in danger, Mustafa Nawaz Khokhar, a former senator, also denounced the arrest and questioned whether the right priorities had been set. He also questioned why it was inappropriate for public officials like judges, generals, and politicians to have their tax returns made public.