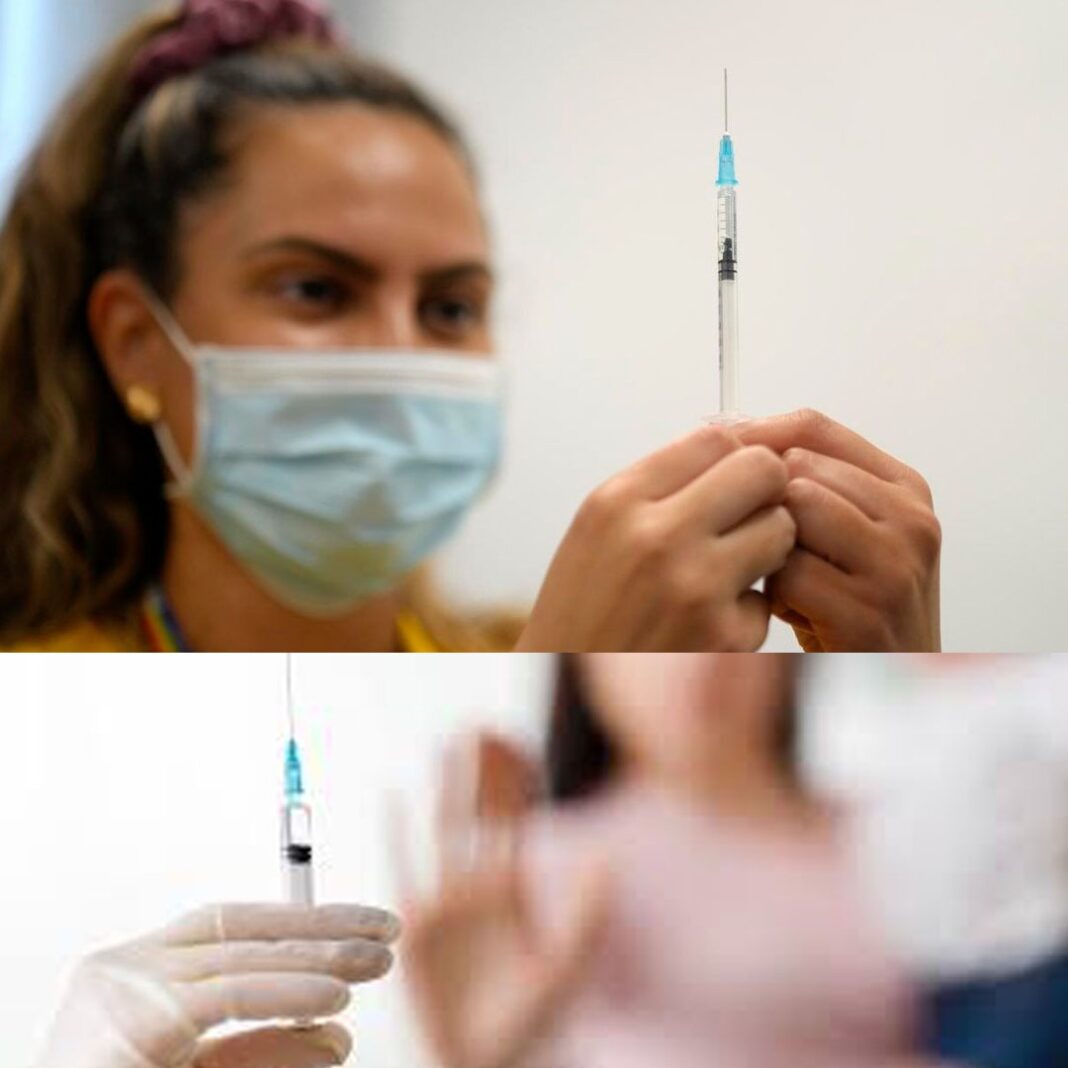 When a vaccination team came to her home in Pakistan’s central Karachi district, Noor Jehan gently told the health workers she wouldn’t get a COVID-19 booster and wasn’t allowing her children to get their first doses of vaccine either.

“My husband, who works in the Gulf, has strictly directed me to stay away from any such vaccination campaign,” the mother of two teenage children told the workers.

Sunil Singh, a bakery shop owner from Kanpur in the state of Uttar Pradesh, India, took a
similar stance – also refusing a booster for himself and first doses for his children. “COVID is gone,” he said confidently. “Besides, there are so many adverse reports about the side effects of the vaccine that I would never permit my children to get themselves vaccinated. Who will take the guarantee if something untoward happens or if they develop peculiar disorders like bodies getting electric charge as we have seen on the television?”

Governments and health workers in neighboring India and Pakistan are trying to protect their populations against the continuing scourge of COVID-19, which ravaged both countries during the first three waves of the pandemic. But as experts warn of another wave driven by omicron sub-variants, misinformation is swaying many people in both countries to refuse boosters and fail to vaccinate their children. And this makes health workers worry that COVID could again rage out of control.

Some people think COVID is a thing of the past. Others believe falsehoods spread on social
media, such as the idea that the vaccine causes an electric charge. Some incorrectly believe that the vaccines include ingredients that are religiously objectionable. All this has kept booster rates fairly low.

Dr. Arvind Chourasia, head of the pediatric department for Government Ayurvedic College in Patna, India, has been leading and supervising the vaccination drive at his hospital since the pandemic struck. “Vaccination is a must for all ages,” he said. “Those who are of the opinion that COVID is gone are fooling themselves. The virus that has infected more than 45 crore people globally and has caused more than 50 lakh deaths is there to stay and we have to learn how to live with it. “

ALL SORTS OF OBJECTIONS
Some people incorrectly fear severe side effects of the vaccines.

A mother of three in central Karachi who got infected during the second wave of COVID
nonetheless refused the booster – even after getting the previous vaccine doses. The woman, who wouldn’t allow her name to be used, was also unwilling to let her teenage kids be vaccinated, arguing that COVID has gone for good and there is no need to inject the “chemically treated” liquid with multiple “side effects’ into their bodies. A visiting vaccination team tried to change her mind several times – to no avail.

“When there is nothing left of COVID in the country, why should I inject the medicines in my children’s bodies? My heart doesn’t allow me to do so,” she sternly told a district vaccination team that visited her to seek her consent for vaccinating her children.

Echoing similar views, Sumit Kumar, a businessman from Kanpur, India, said COVID has been reduced to a minor flu and there is nothing much to worry about anymore. “None in my family has taken the booster dose – neither (do) we plan to take it in the future. We are doing fine except a couple of us suffering from minor fever during the last six-odd months and they got cured with the normal flu medicines,” he stressed.

Surveys in both countries have pointed to these objections and others fueling resistance to getting boosters and children’s vaccinations. Myths are rampant, including the one purporting that the vaccine can cause light bulbs to turn on when they sit on the skin where the vaccine dose was injected, and another saying the vaccine gives the recipient magnetic power that pulls metals to the site of the infection.

Other falsehoods are the vaccine can cause impotence in men and infertility in women, that Chinese-made vaccines have ingredients extracted from pork and hence are anti-Islam, and that governments are implanting electronic chips as they inject vaccines in an attempt to take control of people.

Doctors acknowledge that COVID rates have gone down in both countries since the height of the pandemic. But they say the pandemic is not over, and vaccines remain the best way to protect individuals, communities and societies.

At this point the pandemic has killed more than 530,500 in India, more than 30,600 in Pakistan and more than 6.6 million worldwide. Experts warn that the number of deaths could actually be much higher because many have gone unreported. Doctors point out that vaccines are designed to prevent future infections, severe disease – and the spread of COVID.

And there are warning signs of a new wave from a batch of omicron sub-variants. Omicron XBB variant is now driving a surge of cases in Maharashtra, Kerala and other parts of the country.

Experts have advised taking all precautions against this highly infectious strain that almost doubled the cases in Singapore in a matter of days. The sub-variants BA.5.1.7 and BF.7 also have been detected in India, according to the Gujarat Bio-technology research centre.

The COVID scenario in Pakistan is more opaque. That country reported around 510 new cases of the COVID from omicron sub-variants till August 18, 2022, and there has been no further update on the figures, mostly because people are no longer getting tested at health centers.

Experts fear cases will rise. Although infectious disease specialists believe the symptoms of an XBB infection will generally be relatively mild, the contagious variant may cause a large spike in cases, meaning some people could become very sick and drive up hospitalizations.

Doctors say boosters – and vaccines for kids – are the best way to prevent more illness and death and combat the pandemic. And they say this extra layer of protection is extremely safe.

A COVID-19 booster shot is an additional dose or doses of a vaccine given after the protection provided by the original vaccine has begun to decrease over time. The booster helps people maintain strong protection from severe coronavirus disease. Doctors say side effects, if people have any, are generally minimal. For example, people may experience soreness in the arm getting the shot, mild flu-like symptoms for a day or two, or temporarily swollen lymph nodes.

Experts say people don’t suffer the serious disorders described in misinformation spread online or by word of mouth. Experts also say the myths that the vaccines can cause electrification or magnetism are pure rubbish.

Dr. Subhojit Sen from Indian Scientists Response to Covid, while speaking to media personnel, lashed out at those who claim the vaccine produces electricity. “Vaccines can never produce enough electricity to light up a bulb by merely sitting it on someone’s skin,” he said. “Vaccines (don’t) contain any metal ions that at a concentration would be magnetic in nature. They are produced through several trials and are thus completely safe in our day-to-day lives.”

Sen said videos showing a couple of people in both India and Pakistan lighting bulbs by sticking them on their skin or sticking metals on their bodies could be part of a planned conspiracy or propaganda by the anti-vaccine lobby. He said certain metal objects stick to our bodies only because of the stickiness of the oil our skin secretes. Addressing the light bulb myth, he said magicians often carry bulbs that are fitted with (batteries) that people watching them from afar or on television can’t see.

As for religious objections to the vaccine by Muslims, some experts trace them to fatwas issued by scholars based in Asia advising Muslims not to use the Chinese vaccine believed to be manufactured with an ingredient derived from pork.

But the developers of Pfizer and Moderna vaccines stressed that no controversial religious material has been used. A fatwa in the United Arab Emirates added that even if a pork ingredient were used, it is still permissible to use such vaccines because the pork should have undergone chemical transformation during the manufacturing process and, thus, would not retain its original nature for which it was prohibited.

“I am a doctor and a Muslim. I can say with full authority that vaccines and the booster doses available with us in India are the safest and does not contain any ingredient that is prohibited in Islam,” said Dr. Haidar Ali, an eminent medico based out of Patna in India. He said an additional booster dose will only help fight the virus and its ever- mutating new variants more effectively. “There is no hidden agenda or any nefarious design in coercing people to get themselves and their children vaccinated.”

Overall, doctors said, there are no good reasons to avoid keeping current on vaccines. So far in the pandemic, Dr. Chourasia said, vaccines have been instrumental in driving deaths down and ensuring vast numbers of people avoid the worst effects of COVID. Booster shots can continue that trend, he said. “But we cannot afford to lose our grip and deny vaccines (and) booster doses.”

(This project is part of a three-year program coordinated by the East-West Center to encourage Indian and Pakistani journalists to identify important stories of common interest in both countries. This story was written by B. Vijay Murty, a freelancer and senior journalist who last worked as an editor at Hindustan Times in India. Also contributing were: Urvashi Kapoor, an associate editor with Jagran New Media in India; Adeel Jafry, a senior assignment editor at DawnNews in Karachi, Pakistan; Syed Sibt E Hassan Rizvi, a broadcast journalist associated with Hum News Television in Pakistan; and Najia Mir, a broadcast journalist/assignment editor in Pakistan since 2007. The team also contributed to videos.)

Caption for videos: People from South Asia talk about why they are hesitant about the COVID-19 booster. 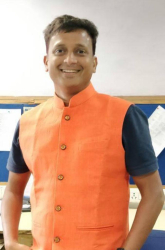 B. Vijay Murty
B Vijay Murty is a senior journalist with more than two decades of experience in print media. He last served with Hindustan Times, India’s premier English daily as Resident Editor, Patna & Ranchi.
Currently he is freelancing.

Latest posts by B. Vijay Murty (see all) 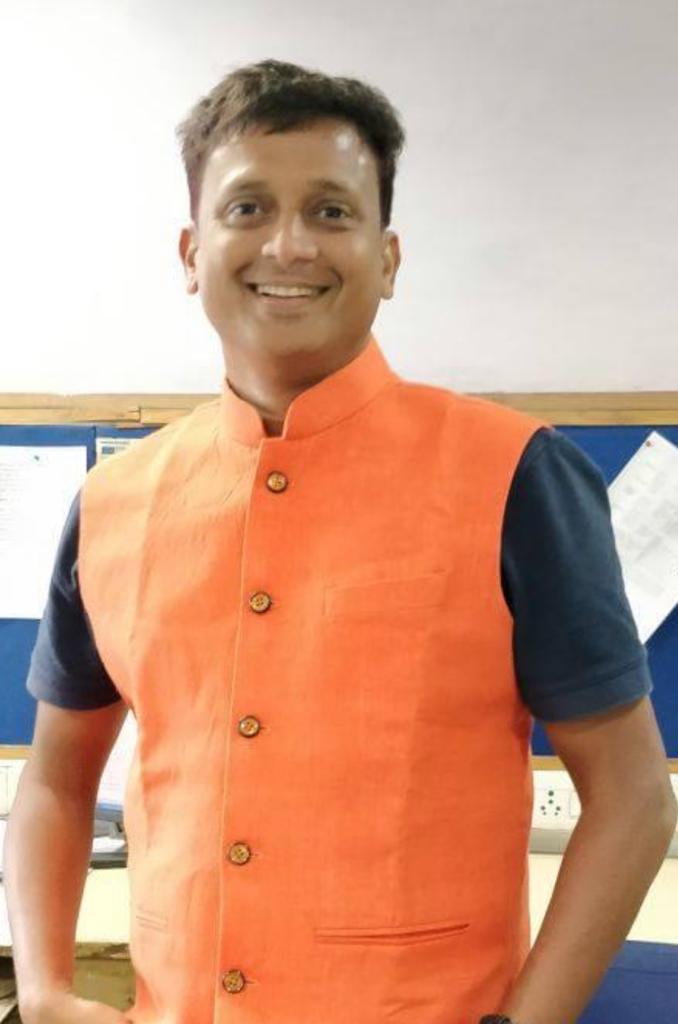