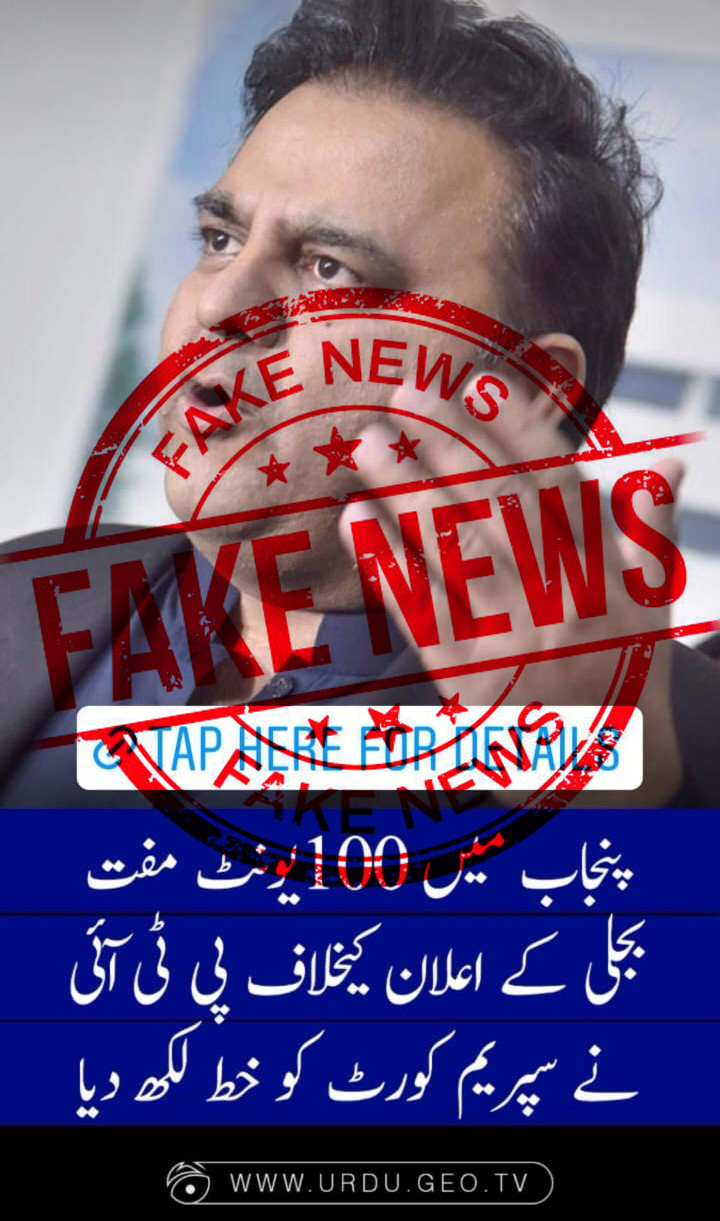 “It is clear that the spokesperson for the Noon League spread false information in the media. The court will be approached for contempt of court against Geo Group.”

Geo News Urdu published an article on July 5th that PTI leader Fawad Chaudhry had written a letter to the Supreme Court against the announcement of 100 units of free electricity in Punjab. The news website wrote that Fawad Chaudhry, senior central vice president of Pakistan Tehreek-e-Insaf (PTI), claimed in a letter to the Supreme Court that the Chief Minister’s plan to resolve the situation in Punjab was made for political purposes and that the decision was against court orders. 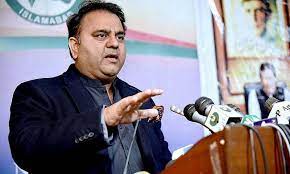 According to Geo News claims, the court had instructed Fawad Chaudhry that they had limited the Punjab Chief Minister’s use of his executive authority to regulation till July 22. Mr. Fawad Chaudhry claimed that Hamza’s offer of a free electricity supply was a bogus offer made with the intention of using the court’s relief for political gain. 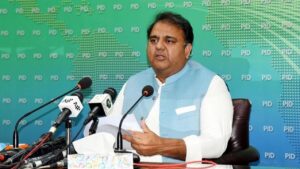 Netizens took to Twitter to react to Fawad Chaudhry’s statement. Twitter user @zim22pk tweeted, “Sir, the court which did not find out contempt against themselves will not take action on your request. By the way, if there is an honor, then an insult will be taken.”

Another Twitter user @ RanaAmi40525802 tweeted, “This is exactly what the Noon League does.”

The Chief Minister of Punjab Hamza Shahbaz announced on July 4th that users who use up to 100 units of energy will not be charged any utility costs. Nine million families in the province would benefit from the relief programme, which the government has allocated Rs100 billion. He said that starting this month, almost half of the province’s residents would receive free electricity, with the Punjab government covering the costs in August. He anticipated that this would encourage people who consume more than 100 units of power to conserve energy.

In order to help those in need switch to alternative sources of electricity, the chief minister promised that the government would also give away free solar panels to them. CM Hamza stated that Pakistan would receive assistance from friendly nations and that the International Monetary Fund (IMF) Program would continue. He assured us that “the economic situation will be back on track.” He swore that “the genie of inflation will be put back into the bottle and the dying economy will be restored.”