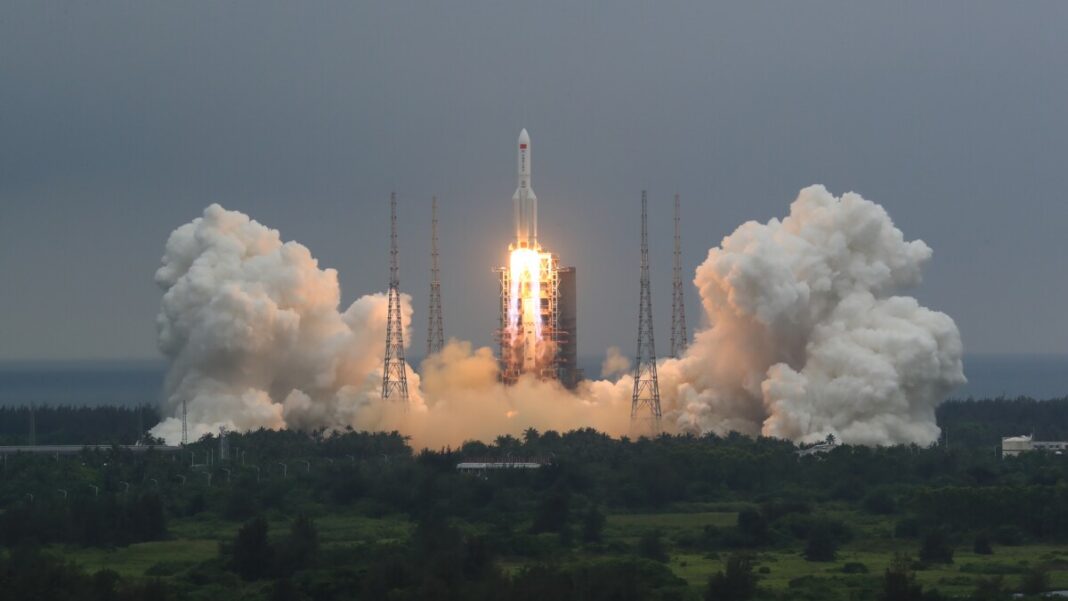 A large Chinese rocket is currently in the process of colliding with Earth.

According to experts, the Long March 5B, a piece of rocket debris, will likely crash on Earth this weekend. On July 24, a Chinese rocket took off in order to transport a lab module to the still-under-construction Tiangong space station. The rocket debris was descending and would start an uncontrolled reentry into Earth’s atmosphere sometime on Saturday or Sunday, according to researchers at the Aerospace Corporation’s Center for Orbital Reentry and Debris Studies, or CORDS.

According to CORDS experts, there is a ‘non-zero likelihood’ that the remaining debris may hit a populated region. Researchers projected a likely field of possibilities for the space junk’s reentry on a map using tracking data, but the precise location is still unknown. All the potential landing zones for the rocket booster are indicated by the blue and yellow lines. The rocket will be exactly amid the 36-hour timeframe when it could fall, as indicated by the yellow satellite indicator. (The indicator does not indicate the location of the booster’s landing). China has launched a Long March 5B three times, each time allowing the body to fall uncontrollably to Earth. According to Spaceflight Now, China is getting ready to launch the rocket once more in October.

It’s impossible to predict with any degree of accuracy where the rocket stage will land at this point. The problem is that the high atmosphere’s density changes over time. Actually, the weather is there. Because of this, it is impossible to determine with precision when the satellite will have smashed through enough atmosphere to melt, fragment, and then return, at a briefing on Thursday, astrophysicist Jonathan McDowell from the Harvard-Smithsonian Center for Astrophysics remarked. 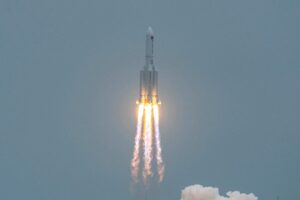 Predictions can vary greatly depending on how quickly the material travels across space, McDowell added. The biggest issue with all of this, he continued, is that if you’re an hour off, since it’s traveling at 17,000 miles an hour, you’re 17,000 miles off in where it’s going to drop down. As a general rule of thumb, up to 40% of the mass of a huge object will fall to the earth, according to experts at The Aerospace Corporation. They anticipate a fall of material in this instance of up to 18,000 pounds or between 5 and 9 tons.

SpaceX rocket on collision course with moon, what will happen on 4th march?

Normally, rockets propel themselves into the atmosphere following a launch and fall back to Earth over inaccessible ocean regions like the South Pacific; this procedure is known as ‘controlled reentry’. It is unclear why China didn’t design or program the Long March 5B to perform that function. China might be liable for any damage if missile fragments fall on people or their property. The launching nation is responsible for its rockets and any harm they cause, according to the Space Liability Convention treaty of 1972. Pieces of yet another Long March rocket from China fell in the Indian Ocean in May 2021. Additionally, a second Chinese rocket that was launched in May 2020 crashed, spilling debris that caused property damage in Africa.