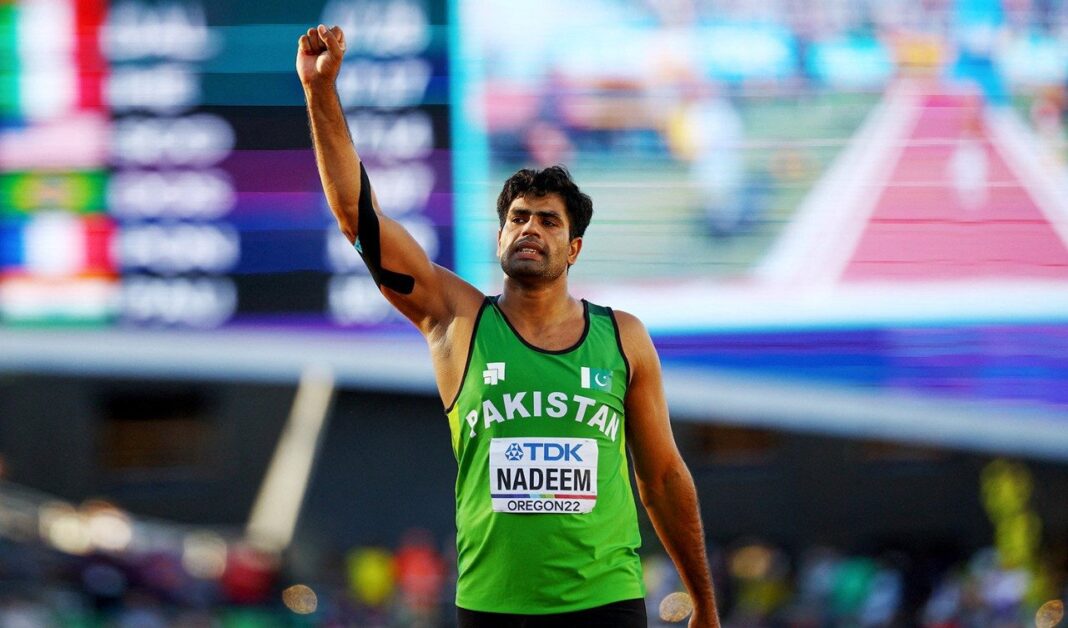 Olympic athlete Arshad Nadeem told The Express Tribune on Tuesday morning that he would not compete in the preliminary rounds and would instead compete in the men’s javelin throw final at the 2022 Commonwealth Games.

Arshad, Pakistan’s medal contender, has been working out while he heals from elbow and knee problems. Instead of participating in the qualification on August 5, he will now be right on the field on August 7.

He will be playing in the final right away, so he is concentrating only on that right now, Arshad said to The Express Tribune from Birmingham, where he was in the middle of his training. With a throw of 86.16 meters at the World Athletics Championships in Eugene, Oregon, the 25-year-old athlete qualified for the Games by placing fifth overall. 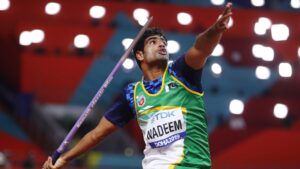 He accomplished history by becoming the first Pakistani to reach the World Athletic Championship finals. Dr. Asad Abbas, Arshad’s doctor and a member of the Pakistan Olympic Association medical committee told The Express Tribune that the competition’s smaller list of competitors was the cause of Arshad’s absence from the qualifying round.

According to Dr. Abbas, this might occur when athletes withdraw from the competition, and the subsequent drop in participation leads to fewer competitors participating in the qualifying stage. He predicted that there may be 14 participants in the contest right now. The Commonwealth Games Federation was contacted by The Express Tribune regarding why the athletes are currently playing in the final directly, but no response was given at the time this report was filed. 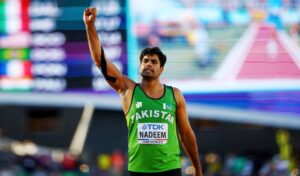 Dr. Abbas was certain that Arshad, who won bronze at the 2018 Asian Games, is a top contender, but he said that it depends on the day and the athlete’s pain management. He is currently playing with a “soft tissue trauma” in his knee in addition to a long-standing elbow problem. He may get a medal, depending on the day, his performance, and whether the pain has subsided. He is fully capable, and if he were perfectly fit, he would be at the top. He is currently between 80 and 85 percent better than before, according to him. He is working with him every day, bracing, taping, and performing his physiotherapy. Arshad will need at least four to five months to heal following surgery for his wounds, according to Dr. Abbas’ additional explanation.

He will compete against Grenada’s Anderson Peters, the gold medalist at the just-completed World Athletics Championships in Eugene, Oregon; Neeraj Chopra, the silver medalist from India, won’t be competing because of an injury. On his comeback performance in Oregon, Arshad placed fifth with an impressive 86.16 throw in his fourth attempt. He became the first ever Pakistani to reach the World Championships finals.