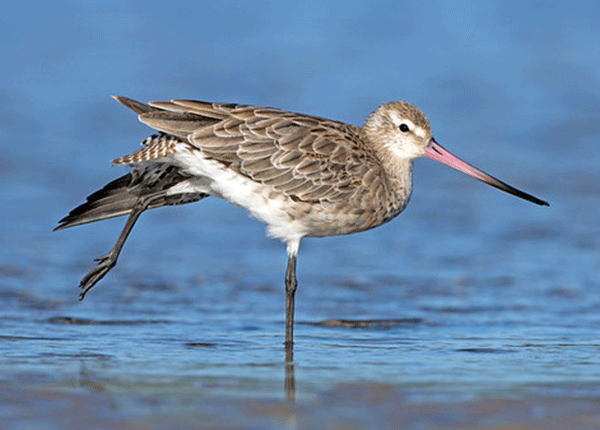 A young bar-tailed godwit, identified only by its satellite tag number 234684, recently flew nonstop 13,560 kilometers from Alaska to Tasmania in Australia, breaking what appears to be the previous record for long-distance bird flights.

On October 13, the five-month-old bird took off from Alaska, and according to satellite data, it did not stop moving for the duration of its epic journey, which took 11 days and one hour. Before landing at Ansons Bay in north-east Tasmania, the bar-tailed godwit, Limosa lapponica, traveled at least 13,560km (8,435 miles) after being tracked in Alaska. A male adult of the same species, 4BBRW, held the previous record after flying 13,000 kilometers (8,100 miles) in the previous year, breaking his previous mark of 12,000 kilometers (12,200 miles), and set in the year prior. 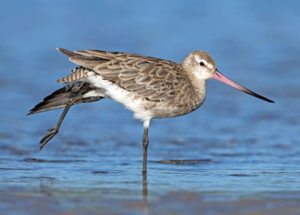 The Pkorokoro Miranda Shorebird Centre in New Zealand wrote on Facebook that 4BBRW’s record has been “blown out of the water by this youthful upstart.” A 5G satellite tag implanted in the bird’s lower back allows researchers to follow it. The migratory bird, which was tracked by the Max Planck Institute for Ornithology, flew across the Pacific island nation of Kiribati on October 19 after departing from Hawaii and continuing over the ocean. After passing over Vanuatu and continuing on a course that would have taken it 620 kilometers to the east of Sydney and between Australia’s east coast and New Zealand, the bird would have next seen land around two days later. The bird, along with any other birds that were flying with it, turned sharply to the right on October 23 and traveled west, eventually reaching Tasmania on October 25.

Wonderful news on ultramarathon flying Bar-tailed Godwits. Satellite tracked bird has flown NONSTOP from Alaska to Tasmania for the first time! What a trip! Thanks @miranda_trust, Max Planck Institute and others for this work drawing our world together. Nature is wild! 1/2 pic.twitter.com/NnT0QtLCUx

The most amazing finding is that youngsters travel separately from adults, said Sean Dooley of Birdlife Australia. The departure date for adults from the Arctic can be up to six weeks sooner. For the lengthy trek south, juveniles would use that time to put on weight. That bird most likely belonged to a group. It’s fantastic, Dooley added, that this record for continuous flight.

According to him, the birds were able to reduce the size of their internal organs to increase the amount of fat storage. It was reported by the Pkorokoro Miranda Shorebird Centre that it had prepared souvenir tea towels for the previous record-holder 4BBRW and may now need to have a new set made.