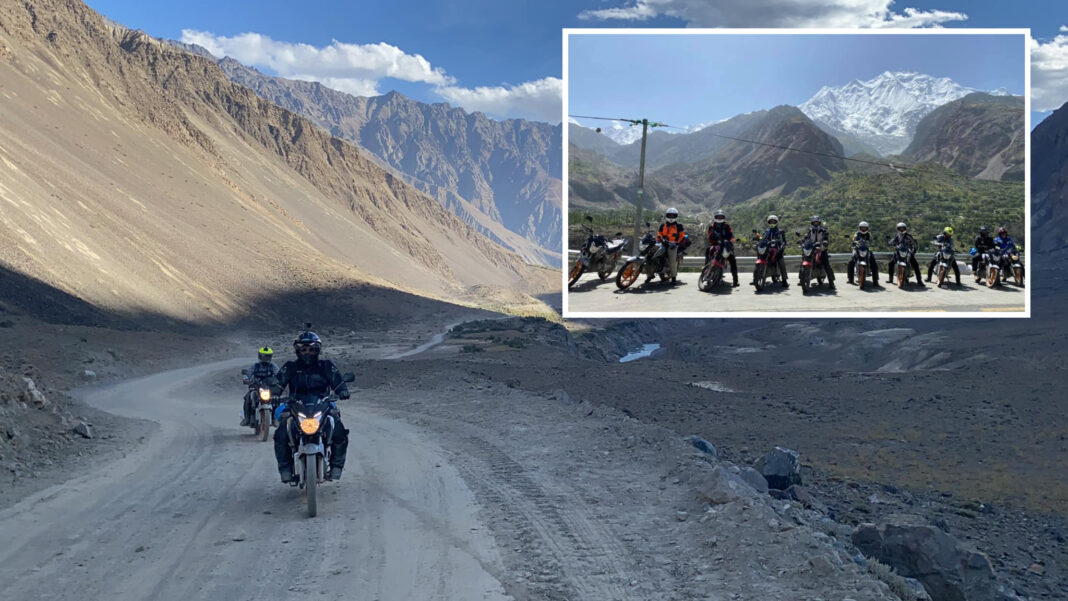 ISLAMABAD – 9 American women, who have been biking across mountainous valleys in Pakistan’s northern side, are expressing their love for the residents of the South Asian country for their unconditional generosity besides sharing foods and places they visit in the heart of Pakistan while New Zealand has called off their first tour in 18 years citing security threats.

The pack of foreigners is giving a coherent message to the foreign athletes who are reiterating the security rhetoric despite getting a presidential-level escort. The team calls off the tour minutes before the first match.

The bikers traveled up north, covering more than 2200km to Khunjerab Pass, were accompanied by Moin Khan, a local guide and ‘leapfrog’ for the girls who stated Pakistan as ‘haven’ for tourists.

The bikers shared the true heart of Pakistan, as they hoped to change the western mindsets that have been conditioned to think negatively about Pakistan in a bid to thwart Indian backed agenda which aimed to cause turmoil in Pakistan. 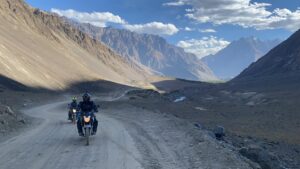 They termed Pakistan as ‘the safest country for all kinds of sports activities, as they have been treated with nothing but love and kindness’.

The pack has completed an elongated tour as they kicked off the adventurous journey from the country’s federal capital and arrived at Hunza and Khunjerab before arriving in Khyber Pakhtunkhwa and en route to Kailash valley via Shandur – a pass located in Gilgit-Baltistan’s Ghizer. 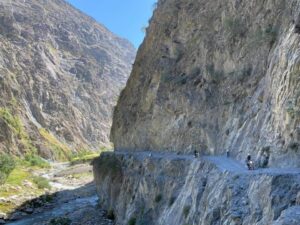 One of the bikers that goes by the name of Michelle Lamphere also shared the pictures of the momentous journey and wrote a detailed caption alongside in which she hailed the hospitably of the locals who served them seasonal fruits. 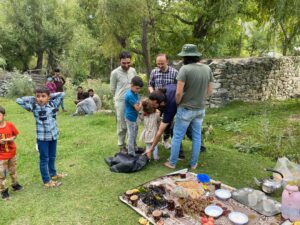 As the biker took a small stopover in the capital city of Ghizer District, a local man invited the visitors to enjoy some shade and they ended up enjoying fruits besides having tea.

The biker group is not the first one who enjoyed long rides in Pakistan’s countryside as there are scores of foreign visitors who used to visit Pakistan and travel on their own especially in the Gilgit Baltistan region. 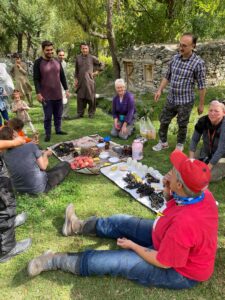 On the other hand, the New Zealand cricket team, who was due on Pakistani soil for nearly 2 decades, called off its tour of Pakistan, minutes before the first match citing security threats.

Earlier today, the Kiwis flew out of Pakistan on a chartered flight from Islamabad to Dubai, a day after calling off its entire tour.

A statement issued by the New Zealand Cricket cited it was ‘abandoning’ the tour due to government security alert.“Following an escalation in the New Zealand Government threat levels for Pakistan, and advice from NZC security advisors on the ground, it has been decided the Black Caps will not continue with the tour.”

The BLACKCAPS are abandoning their tour of Pakistan following a New Zealand government security alert.

Arrangements are now being made for the team’s departure.

Meanwhile, the Pakistan Cricket Board said the tour had been canceled unilaterally regardless of the best possible security arrangements. The visitors were supposed to play three One Day International and five T20s in the Rawalpindi and Lahore respectively.

Following the snub from visitors, cricket lovers around the world are disappointed by this last-minute withdrawal which many termed as staged in a bid to malign the country’s image in the world.

NZC chief executive said “it was impossible to continue with the tour given the security advice he had been given. I understand this will be a blow for the PCB, who have been wonderful hosts, but player safety is paramount and we believe this is the only responsible option”.

The unilateral decision is seen as a blow to Pakistan’s efforts to bring international cricket home with all teams back to Pakistan, after the South Asian country was forced to play in exile for six years following an attack on the Sri Lankan cricket team in Punjab capital.

Meanwhile, all eyes are on England and Australia for their tours of the country in the coming months.

‘Pajamas in, suits out’: Casual wear are next big thing as formal wear hit under ‘new normal’

20 people looted in a cafe-robbery in Anarkali Lahore

Confined by family for ‘being in love’ with a married woman, rescued by police (VIDEO)

‘Pajamas in, suits out’: Casual wear are next big thing as formal wear hit under ‘new normal’

20 people looted in a cafe-robbery in Anarkali Lahore

Confined by family for ‘being in love’ with a married woman, rescued by police (VIDEO)