Stories of Young Afghan footballer, and a dentist who fell to death in Kabul while escaping Taliban rule 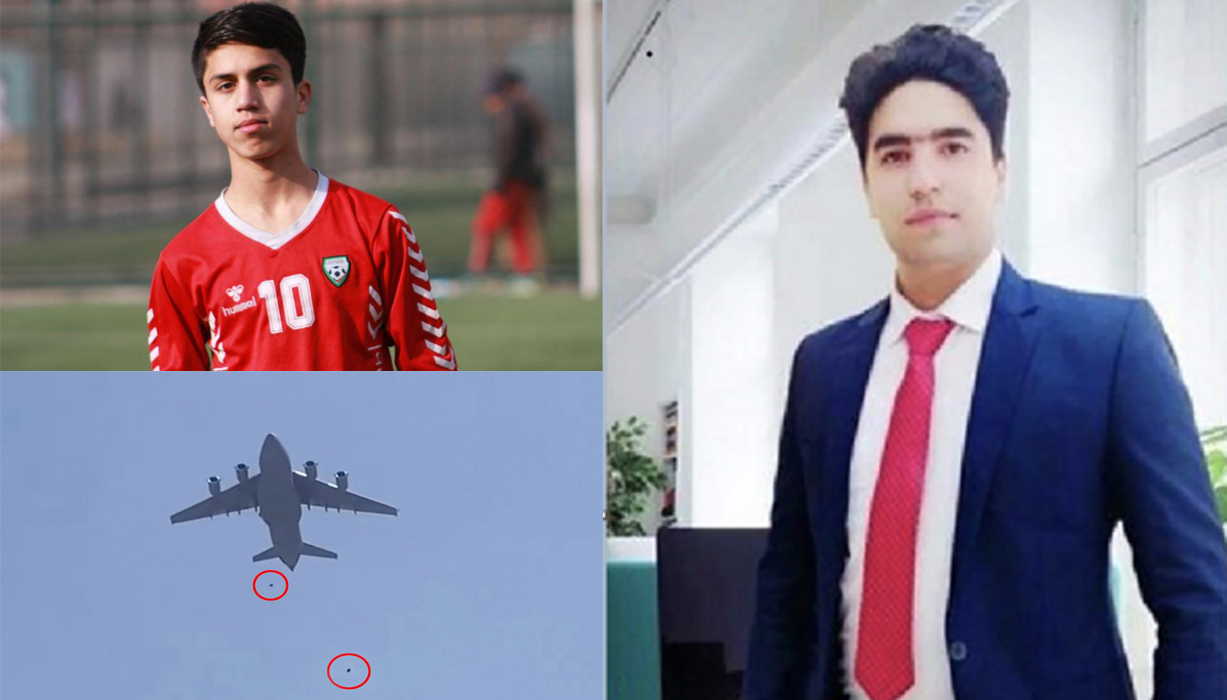 KABUL – A young footballer and a dentist were among those who fell to death from a US Air Force plane while trying to escape the country following the Taliban reclaiming the country over 2 decades.

On August 15, the harrowing clips have surfaced from the Kabul airport as thousands flocked the airport amid chaos. Some of the footage showed multiple men falling from C-17 that sent shockwaves around the globe. The human remains were also found in a wheel of the US military jet.

The first ill-fated boy was identified as Zaki Anwari, a young Afghan footballer who played for the national youth team. Reports in international media quoting the General Directorate of Physical Education, a state-owned institution that worked with sporting groups, confirmed the death of the 17-year-old in the horrific incident that erupted at the Hamid Karzai international airport.

A US media outlet quoting the family of the deceased said the Zaki, who left home with his 16-year-old brother, fell to death a day after the Taliban capture the country’s capital. Family members told the publication that they were very upset after finding the body of the teenager but are worried about the whereabouts of his brother.

Our deepest condolences go out to the family, friends and teammates of young Afghan national team footballer Zaki Anwari, who reportedly died in a fall from a U.S. plane at Kabul airport on Monday. pic.twitter.com/2DgulUw1HD

The family mentioned that Zaki and his brother left the home after hearing a rumor that around 20,000 people will be relocated to the US and Canada, which prompted the youth to try their luck.

The boy, like many of the distressed Afghan youths, wanted to leave the war-raged country and it is believed he attempted to hold on to the outside of the aircraft. The jet was reportedly carried more than 600 passengers – more than five times its suggested payload. Meanwhile, the sports community of the land lock country was in grief. The sports authorities wished Zaki a place in heaven and offered a prayer that Almighty grant his family, friends, and teammates peace and patience as they mourn.

The second person, who also succumbed at the Kabul airport on Monday in a bid to escape the rule of insurgents, was a 22-year-old Afghan dentist.

Payanda Mohammad, the father of a young medical professional in an interview with an Afghan news agency, said his son spent many years studying hard at school and then at medical university before being hired at a private medical center.

Narrating his ordeal, the grief-stricken man said that his family tried to approach for hours, however, they didn’t get any response from Fidia – who is the first child to graduate recently. He further mentioned that Fia got married earlier in 2020. 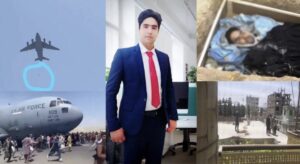 Adding that, he always used to be anxious about the debt he took for his lavish wedding and he also looked to travel abroad so he can pay back the hefty amount.

Recalling the moment when he got the news, he said a person called me around 1:30 pm and said that the boy fell from the plane and he found the family’s number in his pocket. Speaking in a short interview, he also called on the international community after the bone-chilling incident.

Meanwhile, the US Air Force has started an investigation into civilian deaths related to the departure of the aircraft from Kabul Airport. The investigation is expected to be conducted by the Air Force Special Investigation Office.

Air Force officials have not said how many people died in the episode however there is conflict in media reports, as other dead bodies were also found on the airport who were reportedly shot dead amid the chaos.