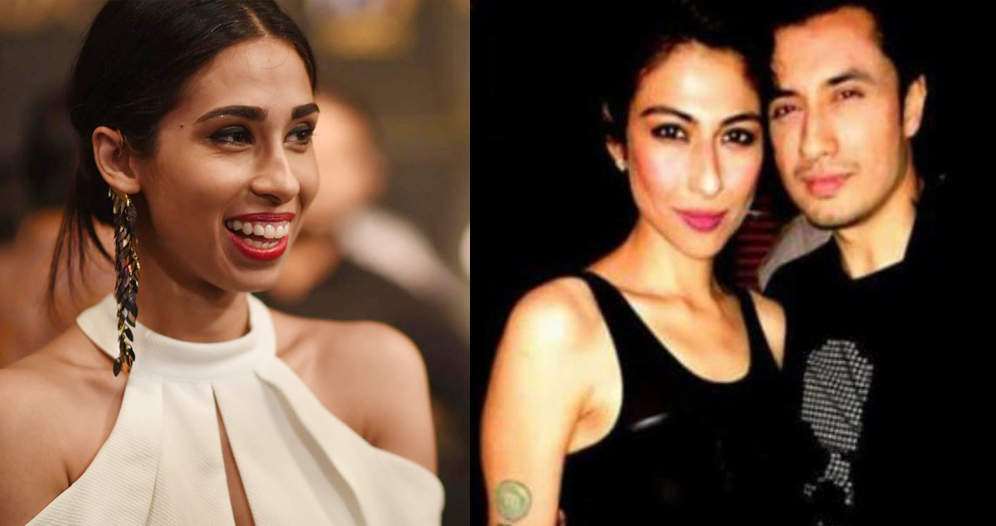 ISLAMABAD: In the recent development in the Ali Zafar-Meesha Shafi case, the additional district and sessions court has recorded the statement of a witness of Meesha Shafi namely Hamna Zubair – the former editor in chief of Dawn Images.

In the evidence, Hamna confessed before a court that she was in contact with Meesha and had already taken a statement before her tweet against Ali Zafar.

“It is correct that I have not contacted Ali prior to Meesha’s tweet though I was in touch with the defendant and had already taken her statement regarding the serious allegations”, she said in court.

Adding that, “I never committed to Meesha about publishing anything. When she [Meesha] contacted me I did say that I could publish her allegations if she went public. However, this does not imply a commitment on my part neither anything else other than what I said,” she clarified.

The journalist also ‘committed’ using the platform of the country’s largest English newspaper in which she had contacted the Dear Zindagi actor for his version but did not wait for the response before publishing her story, however, incorporated the same in the article as soon as she got it.

She also acknowledged that the article was posted five minutes after she contacted Ali Zafar for his rebuttal. “It is correct that in these five minutes the Ali had not responded”, she further added.

Hamna also admitted that she ‘misreported’ the premiere of Teefa-in-Trouble – a 2018 movie of accused Pakistani star that garnered around Rs 50 crores. She also admitted that in her article dated 02.8.2018, she reported that she went into the cinema hall and it was half full, however in reality she never went in the hall and stayed in the lobby. Her article “We Need to Talk about Teefa in Trouble” was made part of the court record during the hearing. She confessed that the article emphasized protest more than the movie itself.

Dawn former employee, in her defense, said she never ‘committed anything to the complainant’ and she published the articles when they burst out in the public. Ali Zafar filed a complaint against me in the Federal Investigation Agency (FIA) however, I never received any notice from the agency, she revealed.

Following the court hearing, the journalist also took to her official handle where she also addressed the ire that draws following the recent developments.

“I would like to state that I appeared neither as an eyewitness or an aggrieved party. I appeared in my capacity as a journalist because I covered the Meesha Shafi-Ali Zafar story when it broke in April 2018. I appeared on the invitation of the Meesha to answer some questions about my coverage of the story”, she wrote in the latest tweet.

To clarify: I didn’t appear in court as an eyewitness, neither am I an aggrieved party, nor have I been accused of any offence by law.

I was simply invited to give a statement in my capacity as a journalist.

I am not part of the case or its proceedings in any way beyond this.

The statement she shared on social media further stated that she doesn’t know Meesha Shafi or Ali Zafar personally. “I covered the story to my best ability as a responsible journalist and editor. I have protected and will continue to protect, the identity of women who have spoken to me in confidence about their claims of harassment. I have not been unfair in my professional coverage nor defamatory in my online opinions. Neither have I focused exclusively on the Meesha Shafi-Ali Zafar case during my career or in my personal opinions”, she opined.

In the meanwhile, the legal advisor of Ali Zafar, Muhammad Umer Tariq Gill, shared the unseen details of the whole chapter on the microblogging site Twitter. Gill shared the evidence of the smearing campaign in which former Editor Dawn Images Hamna Zubair contributed her part in the defamation campaign.

She confesses that she was in contact with #MeeshaShafi days before she made the allegation against AZ. Despite knowing about the allegation, she never contacted AZ or his media team, however prompted Meesha that she could carry her story if she tweets about it. #HumnaZubair pic.twitter.com/2jXIuIlALg

Gill, while elaborating the whole episode, also revealed that all women [who were involved in the smear campaign] are associated with an NGO named Digital Rights PK which is owned by NighatDad – the legal representative of Meesha Shafi.

This doesn’t stop here. She continuous to do her best to not just defame AZ but also damage his movie, with crores worth of investment by him, by writing not just one but serval articles and tweets against the movie peddling false propaganda on Dawn. Imagine… #teefaintrouble pic.twitter.com/bXWrYTWelc

Interestingly, Dawn very bravely published this  story on July 27 but completely missed out the leading part as they didn’t mention that the journalist was actually working with Dawn and that the platform which was used in all this was their own Dawn Images.

The story mentioned the blunders she committed but it paid no attention to how she used their platform against the accused singer. They also failed to address how workers of such reputed organizations are allowed to publish such life changing articles without the version of the accused.

In the meanwhile, the leading daily which claimed to be the ‘only news publication with editorial policy’ is involved in a number of controversies including a boycott campaign against Islami Jamiat Talaba.

Earlier, the Chief of Pakistan’s leading English-language newspaper also stirred controversy before the national elections in 2018. Hameed Haroon, the CEO of the Dawn, accused the security establishment of interfering in politics, including in favor of Imran Khan and his party. Later, he faced much humiliation after getting slammed by Stephen Suckur for alleging establishment without any proof.

In another shameful incident in recent times, Pakistani filmmaker Jami alleged Dawn CEO Hameed Haroon for raping him a decade ago. Recently, an official account of Aurat March shared a letter, which they sent to the country’s oldest newspaper Dawn last month.

The letter sent to Mr. Zafar Abbas and Ms. Amber Saigol on June 16, 2021, cited that “we as the feminist collectives expressed grave concern about the defamation case filed by Dawn CEO Hameed Haroon towards Mr. Jami Moor.”

It further stated that “We believe [that the defamation suit against Jami] is an attempt to silence his struggle for justice”. It further condemned the defamation law being used to silence victims and survivors who have come forward with reports of sexual violence.

The letter continued stating that “Mr. Haroon has claimed that Jami’s allegations are a part of a plot against Pakistani independent news outlet while the victim in the case has asserted that it’s against Mr. Hameed Haroon and not in any way against the organization he runs. It clarified that Jami has made many attempts to convey this message to Dawn’s senior management and editors.