Serena Hotel does not have 5 floors, Indian firebrand journalist Arnab Goswami schooled over false claims about ISI in Kabul

Serena Hotel does not have 5 floors, Indian firebrand journalist Arnab Goswami schooled over false claims about ISI in Kabul 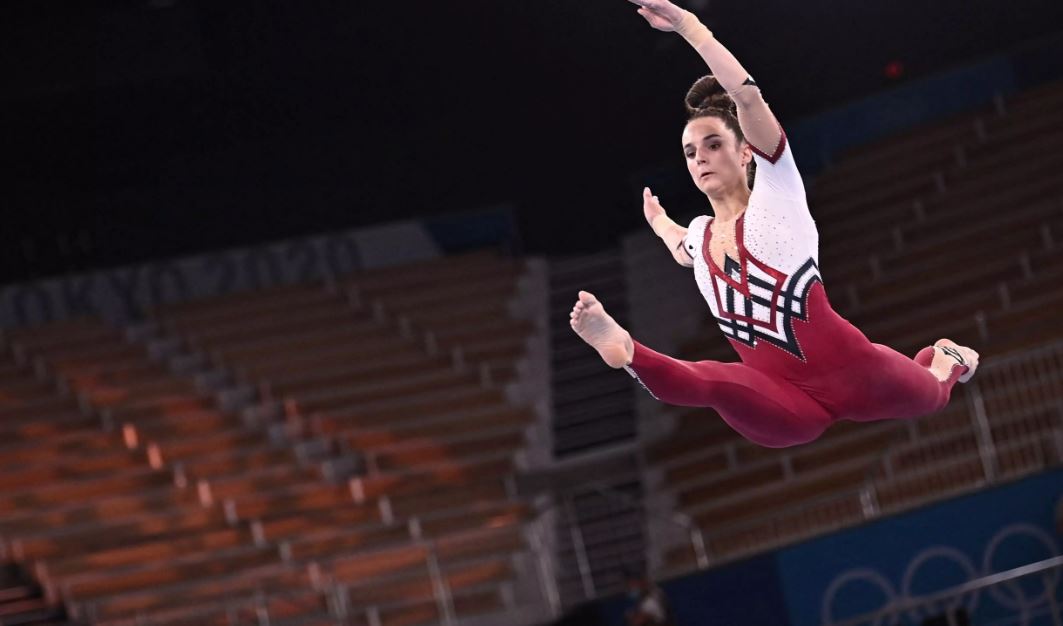 TOKYO: In another incident of resistance against sexualization in sports, the team of German women’s gymnasts records their protest by wearing full-length leotards at the Tokyo Olympics 2020.

The athletes from the Western European country said it depicted ‘freedom of choice and encourage women to wear what makes them comfortable.’

Furthermore, the team led Sarah Voss also announced to wear the extended unitards again in competition. The group leader while speaking with an international publication said the team had discussed their choice of attire before competing on coming Sunday and had settled on the unitard.

Narrating the motive behind the act, Voss said “As you are growing up as a woman, it is quite difficult to get used to your new body in a way. We want to make sure everyone feels comfortable and we show everyone that they can wear whatever they want and look amazing, feel amazing, whether it is in a long leotard or a short one. We want to be role models, to make everybody have the courage to follow us”, she further added.

The brave athlete said “For me, it doesn’t say I have to wear a long leotard in the future every time. It depends on how I am feeling and how I’d like to perform. Every time you don’t feel safe it’s distracting you from what you want to perform.”

Sharing the harrowing incidents, Voss further said “Some girls even quit this beautiful sport so that is why this is a great option for everyone to stay in the sport they love and don’t think about anything else about their body, just about their performance”.

Meanwhile, the German federation also issued a statement. The decision to not wear more commonly used leotards was a choice among athletes to take a stance against sexualization in gymnastics, it stated.

However, Olympic Committee representatives did not immediately respond to requests for comment on the sensitive topic.

Following the countermeasure development against the repressive act, sparked debate and also garnered applause on social media platforms, with several women sharing bitter stories from their past.

“I used to compete in rhythmic gymnastics, and there were always two middle-aged men at our meets who took my pictures only when we lifted our legs, an athlete wrote on social media while expressing the anguish she went through.

The development comes at the first international games since former US Gymnastics physician Larry Nassar was sentenced to over 100 years in prison for sexually abusing more than 265 young girls including Team USA superstars Simone Biles, Aly Raisman, and Gabby Douglas, who alleged him.

Let it be known that a number of other athletes opted for full-length bodysuits in recent times. Azerbaijan gymnast Marina Nekrasova also donned one at a World Cup event in 2019 and Jana Elkeky of Qatar wore a bodysuit that covered her upper legs at the 2018 World Championships in Doha.