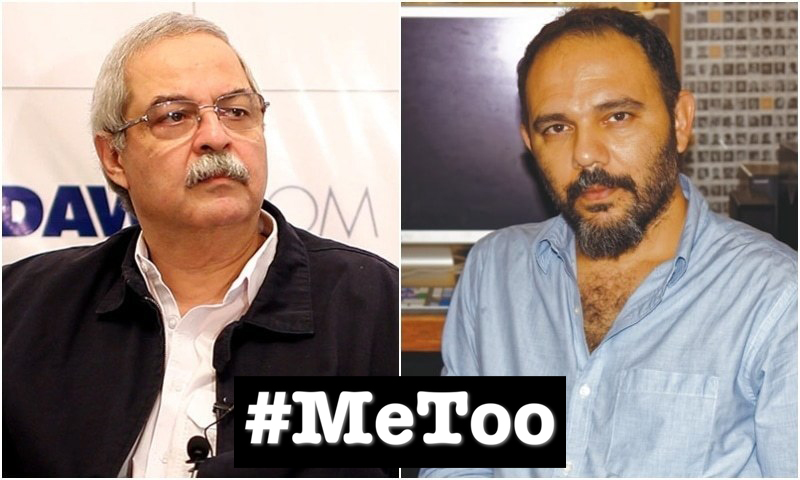 LAHORE – Seeking justice and accountability in the alleged sexual assault of Pakistani filmmaker Jami, an official account of Aurat March Wednesday shared a letter, which they sent to the country’s oldest newspaper Dawn last month.

The letter sent to Mr. Zafar Abbas and Ms. Amber Saigol on June 16, 2021, cited that “we as the feminist collectives expressed grave concern about the defamation case filed by Dawn CEO Hameed Haroon towards Mr. Jami Moor.”

It further stated that “We believe [that the defamation suit against Jami] is an attempt to silence his struggle for justice”. It further condemned the defamation law being used to silence victims and survivors who have come forward with reports of sexual violence.

The letter continued stating that “Mr. Haroon has claimed that Jami’s allegations are a part of a plot against Pakistani independent news outlet while the victim in the case has asserted that it’s against Mr. Hameed Haroon and not in any way against the organization he runs. It clarified that Jami has made many attempts to convey this message to Dawn’s senior management and editors.

In the interest of justice and accountability we are making public this letter that was sent to Dawn on 16 June 2021. In the letter it was clearly stated that if there is no response to our letter, we would publicly demand accountability.#MeToo pic.twitter.com/sgboB2yNJS

It added that despite Mr. Haroon’s statement about the case no one from the Pakistani newspaper has reached out to Mr. Jami regarding the inquiry neither he received any updates about the matter.

The letter further reads that “We express serious concerns over Mr. Hameed Haroons’s decision to misuse criminal defamation laws – which have been denounced and criticized by human rights groups in Pakistan and around the world to silence survivors of sexual assault.”

Commending the journalistic approach of Dawn over the years, it’s said Dawn has ‘lost all their integrity for handling this case in a haphazard manner.

“We are reaching out to you privately to provide us with an update on the inquiry, and would urge and request a quick response on the matter and expecting a response about the updates on the inquiry within the next ten days”.

It concluded by saying that “we will demand a response publicly as is the right of every citizen to demand accountability and justice.”

In October last year, Jami had come forward with his #MeToo story, alleging sexual assault charges on media tycoon Haroon. The startling allegations came in the wake of attacks on the #MeToo campaign on social media.

Meanwhile, following Jami’s accusations of rape, the CEO of Dawn Media Group, Hameed Haroon, filed a defamation suit against Jami. The lawsuit demanded Jami issue an unconditional apology on all social media platforms that he had used to accuse Hameed Haroon and monetary compensation against the allegations.

Jami on the other hand negated to apologize and stated that he had to do a lot more for victims of sexual harassment. The filmmaker who leveled rape charges against Haroon is in action to address all accusations being hurled at him and tackle each and every claim that is coming his way.

Speaking with a Pakistani showbiz news outlet, he cited personal reasons for disabling his Facebook “I had deactivated my Facebook for some time because my family and friends stated that I should, but now I’ve realized I need to be vocal about everything,” Jami told the news outlet.

He further confirmed his presence in the country saying “I would like to take this opportunity to tell people that I’m in Pakistan for the past nine months and I have been regularly attending my hearings and fighting my case. Alone”, he further added.

Jami also revealed that some of his friends also expressed concerns about the alleged sexual assault. My buddies in the TV commercial industry all vanished as no one shows up standing against odds. Only a few who believe in truth came out like Maheen Khan and Mehreen Jabbar,” he added.

Sharing the ordeal he faced, the Pakistani director said, My life was finished after this episode. I had been married for just two years. My work was affected. I’d get into fights. I’d start to scream. My brain doesn’t seem to function. It takes me years to finish a film as I can’t focus. People make a film in four months. Moor took five years. O21 took three years. Jugnu, a Sindhi film, has already taken two and a half years.

However, he seemed confident in recent days as he vowed to keep fighting. “I am being told to apologize but since I have a lot of other victims backing me up, I have realized this isn’t my case alone and I have to keep fighting.”

“I’m currently fighting three cases all alone, and I intend to stand strong. I will not spare anyone,” he further added.